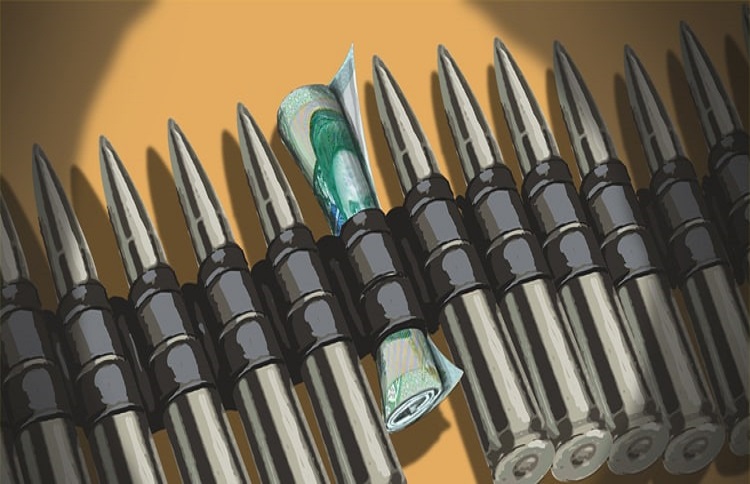 While the Iranian regime’s opportunity to pass the two remaining FATF bills including Palermo and the CFT is expiring, and while the regime has passed the anti-money laundering reform bill, the head of Iran’s economic security police has spoken about a 150 percent rise in money laundering cases.

Mohammad Reza Moghimi, head of the Economic Security Police, said at the conference “The Role of the Police in Production Boom”: “In the first nine months of this year (2019), we had a 150 percent increase in money laundering cases and a 55 percent increase in the value of goods trafficking cases.”

At the international level, however, the regime’s involvement in money laundering is widespread, and the sixth and final opportunity to pass the FATF bills will end on 4 February 2020.

If the system fails to approve the remaining 2 FATF bills before the deadline, it will re-enter the FATF blacklist and be subject to further sanctions.

Current status of the Iranian government in joining the FATF

The regime has so far accepted 39 conditions of the FATF but is unable to respond to the remaining two.

Initially, four bills were disputed by the regime.

The four controversial bills that the regime had to pass to permanently withdraw from the FATF blacklist include:

The Iranian government has passed two bills related to the FATF Recommendations, and rejects to join the other two bills, the United Nations Convention against Transnational Organized Crime (Palermo) and the Convention Against the Financing of Terrorism (CFT).

In the latest biggest money laundering case in Iran, the case involved “trillions of tomans of Real Estate, 40 Companies, 100 Cars and 30 Kg of Gold bars.”

This money laundering case has been going on for 6 years and its financial transaction amounted to 30 trillion tomans.

In this case, people close to the regime made formal cases of receiving large-scale facilities with low profit in the banking network, then depositing these formal loans at a 30% profit and earning billions of tomans while not depositing money.

Formation of 500 cases without any penalty!

Ahmad Tavakoli, a member of the Expediency Council, had earlier said, “There have been 500 cases of money laundering charges in ten years, but no one has been punished because of legal problems.”

Foreign Minister Mohammad Javad Zarif, in mid-November 2018, in a video interview referring to the bills related to the Financial Action Task Force, called money laundering in Iran a reality that many would benefit from.

Delicate remarks in the power struggle within the regime have met with fierce reaction, while the head of the judiciary had described the remarks as “a dagger in the heart of the regime”.