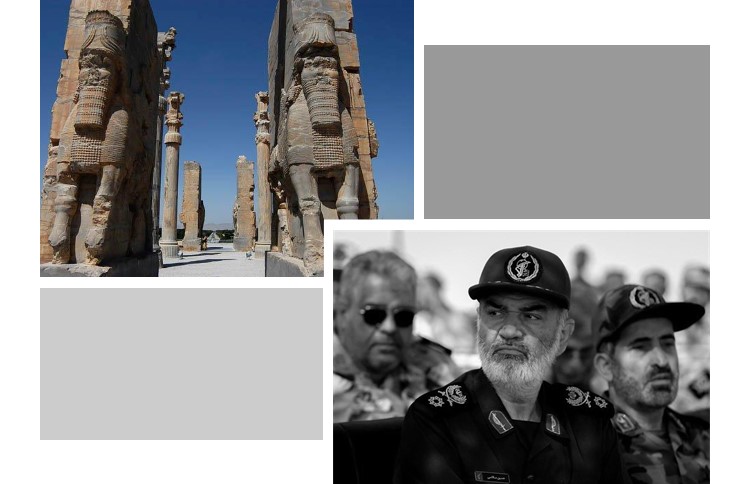 The Iranian Revolutionary Guards’ criminal attack on a Ukrainian passenger plane that killed 176 innocent passengers was undoubtedly a national catastrophe, but the subsequent falsehood created by the mullahs created a disgraceful scandal for this regime.

It also had other negative effects from different aspects, one of which had a devastating effect on the country’s tourism industry.

The tourism industry is one of the country’s leading industries, bringing along many jobs.

Although in Iran, this industry has never been able to move along with other countries because of the reactionary nature of the mullahs’ regime, the shooting down of the Ukrainian passenger aircraft by the IRGC air defense has made things worse. It has destroyed Iranian air security and has also abolished the tourism industry in addition to the killing of passengers.

As a result, many European tours to Iran have been canceled and many people’s income sources have fallen to zero.

Regarding the impact of the Ukrainian plane’s crash on the tourism industry, the state-run news agency ILNA wrote: “Following recent events in the country, the number of foreign tourists has declined dramatically, and almost all Western countries tours attempting to travel to Iran, canceled or postponed their trip. (ILNA, 17 January 2020)

According to the head of the Air Travel and Tourism Offices Association after the Ukraine plane crash, the US and Canada tour 100%, Australian and Oceanic tours 80%, European tours 60% and Asian tours 60% canceled their trips to Iran.

Earlier, Horamat-Allah Rafi’i said: “More than 70% of incoming tours have requested to cancel their tours to Iran, and we are likely to see a decrease in the number of incoming tourists in the coming days.” (Hamshari state-run daily, 19 January 2020)

Recent events in the country and the crash of the Ukrainian plane have caused a major blow to tourism, according to Minister of Culture and Tourism Ali Asghar Mounsan (IRNA News Agency).

In Fars province, Hassan Siadtan, head of the provincial hoteliers’ association, said: “All foreign tourists who had booked a hotel for the Iranian new year in the province have canceled it due to the current conditions … All hotels in the province are in bankruptcy.”

Persian Gulf area tourists, who had booked hotels in the province and Shiraz for treatment, also refused to enter Iran and the province.

He added that if the trend continues, it is highly likely that many hoteliers will have to fire their employees. (ILNA, 17 January 2020)

Another issue that has affected the tourism industry is the unstable situation of the regime and the recent protests in which more than 1500 people were killed. The situation in Iran and Iraq has a major blow on this industry:

“The political problems of Iraq and the recent Iranian crises have suddenly and rapidly reduced the number of Iraqi tourists in Mashhad, and again, the city is experiencing a stagnant tourism economy,” the state-run Asr Iran website reported on 29 December 2019.

This site also issued a report stating: “I think their entry into Iran has now decreased by 80% in the two months since the Iraqi events … Anyway, there is negative propaganda against Iran, which is now a volatile country, so that’s all influential, after a week, in which these problems have happened in Iran, we had many groups that had reserved before 2 or 3 months, they all have canceled.”

This is part of the blow that the Revolutionary Guards’ crime has had on the employment of a large part of the country’s tourism industry in addition to killing passengers.

More so, Germany’s Lufthansa on Friday said that flights to Tehran were suspended until March 28, extending a ban of flights over Iran after a Ukrainian airliner was shot down last week.

Lufthansa, the only major European carrier flying to Iran since 2018, had initially suspended flights until the end of January. The company’s Austrian Airlines business is also adhering to the suspension, it said.

Of course, the disastrous policies of the mullahs have already stagnated the country’s tourism industry.

The regime’s misleading policy has led to the decline of the tourism industry in the country. While governments have been promising to thrive in the industry for years, not only has the capacity of the industry not been increased and employment has not been achieved, and no wealth has not come to the country, but it has been interrupted year by year.

Before the plane crash hit a major blow to Iran’s already struggling tourism industry, according to the latest government statistics and reports, the number of tourists was about 4.5 million a year, which for a large country like Iran that has a lot of terrorist attractions compared to other countries is a very small number.

AFP: "We have no evidence that the Iranian claims...

UN to issue invites to Syria talks by end of year