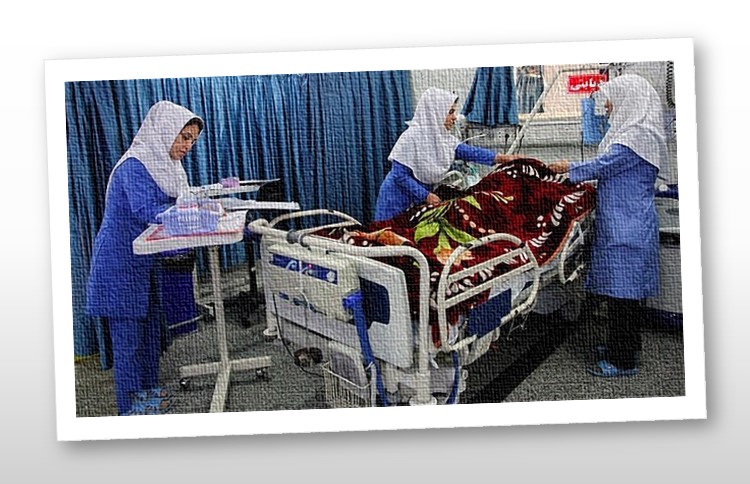 Iranian nurses are experiencing delays in the payments of their salaries of up to six months.

The Iranian authorities assured the nurses, most of whom are women, that they would be paid in full by the end of 2019, but as December turned to January, that promise went unfulfilled.

Mohammad Mirzabeigi, head of the Nursing Organization, spoke about the huge delays in salary payments in November 2019.

He said: “There is no reason for nurses to lose overtime pay in exchange for receiving their salaries.” He added, “In some parts of the country, [the authorities] have delayed overtime pay by as many as six months. In other areas, [they have delayed] up to one-third of overtime payments.”

This is not the first time the authorities have broken their promises to nurses overpaying their salaries in full and on time.

In July 2019, a member of the parliamentary Health Commission acknowledged the problem, saying that nurses who had not been paid in several months were becoming “increasingly frustrated”.

The government also promised to increase employment opportunities for nurses, but again, this has not yielded any actual results.

Saeed Deh Namaki, the Minister of Health, has agreed to fulfill the government’s promises to the nurses and said on Saturday that the government would “bring [the] nurses’ demands to zero by the end of this year”.

Nurses, who are at the forefront of the country’s health system, are forced to deal with all of the challenges and constraints posed in a healthcare system that underfunded, understaffed, and in desperate need of reform.

Mirzabeigi also noted in November 2019 that nursing shortages are one of the “main problems” in the country’s healthcare system right now as they have “not hired any new nurses in about two years”.

It is reported that there is a lack of 150,000 nurses in Iran, according to the head of the parliamentary health commission, Hossein Ali Shahriari.

He said: “The government does not allow nurses to be hired. Because they do not hire the nursing force inside Iran, nurses have to migrate and work in foreign medical centers.”

The problem is maybe even worse, according to Heidar Ali Abedi, a member of the Commission.

He said: “There seems to be a shortage of nurses in the country beyond the announced statistics; we receive service from the patient’s accompany because of nurse shortages which are contrary to health law and regulation and there is no such phenomenon anywhere in the world.”

It is clear that under the current system, Iran’s healthcare system fails to provide essential services to nurses and patients alike.

Dozens of British law makers and MEPs, issued a...