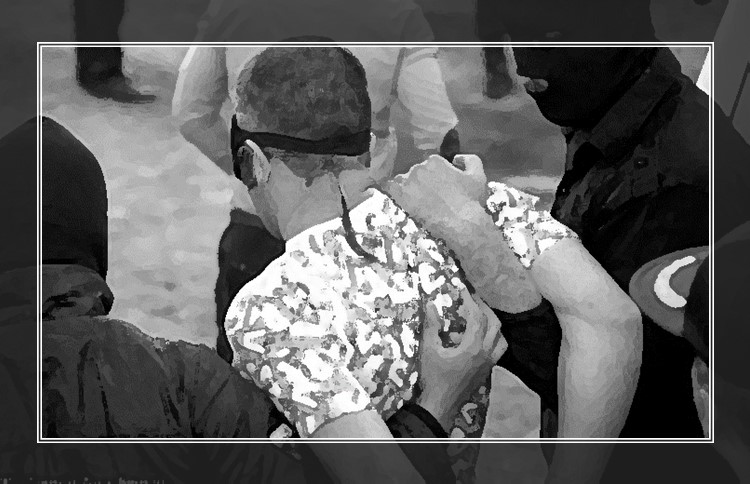 An Iranian prisoner was killed on Saturday, February 1, after being beaten ruthlessly by special guards brandishing batons. The prisoner, who has been identified as Mohammad Ameri, died in Raja’i Shahr Prison of Karaj.

The so-called Special Guards in the prison, which is also known as Gohardasht Prison, raided Ward 6 and began to attack the inmates with batons and other tools. The guards then sent the wounded inmates out into the snow, where they were not given medical treatment and subjected to freezing temperatures.

Ameri fell to the ground when the guards attacked him and suffered a brain hemorrhage. Despite his condition, the guards clubbed him with batons while he was laying on the ground. He died in the freezing cold weather because prison authorities turned a blind eye to his condition and failed to get him medical attention.

In response to Ameri’s death, the inmates on Ward 6 of Raja’i Shahr Prison held a protest.

The special guards of Raja’i Shahr Prison have been raiding wards 1, 3, 5 and 6, in the middle of the night while prisoners are asleep for several weeks now. The guards will ruthlessly wake prisoners up and start to insult them and beat them before they are even fully conscious. If any prisoner objects, their hands, and feet are tied, they are beaten, and they are abandoned in a solitary cell until long after the raid has finished.

The Saturday raid that caused Ameri’s death is believed to have been ordered by prison warden Allah Karam Azizi, who is known for his brutality towards prisoners, having killed, tortured, and maimed them in Darab and Kazerun prisons in Fars Province before starting at Raja’i Shahr Prison.

Azizi was appointed by Ebrahim Raisi, the current Judiciary Chief and mullah who sent thousands of political prisoners to their deaths during the 1988 massacre.

This treatment should not come as a shock. After all, Iran Human Rights Monitor revealed that the Iranian Judiciary is systematically trying to get detained protester addicted to drugs in order to make them break. They are told that they will not survive prison without the use of drugs and are specifically told to use crack cocaine.

This is happening at the Greater Tehran Penitentiary (GTP), where hundreds were detained for protesting against the downing of the Ukrainian passenger flight and is a tactic that was also used routinely to suppress political prisoners.

In the summer of 1988, the Iranian regime summarily and extra-judicially executed tens of thousands of political prisoners held in jails across Iran. The massacre was carried out on the basis of a fatwa by the regime’s then-Supreme Leader Ruhollah Khomeini.

• The massacre was carried out on the basis of a fatwa by Khomeini.

• The vast majority of the victims were activists of the opposition PMOI (MEK).

• A Death Committee approved all the death sentences.

• The perpetrators of the 1988 massacre have never been brought to justice.

• On August 9, 2016, an audiotape was published for the first time of Khomeini’s former heir acknowledging that that massacre took place and had been ordered at the highest levels.