Retirement Loans Fail to Bring Iran’s Pensioners Out of Poverty 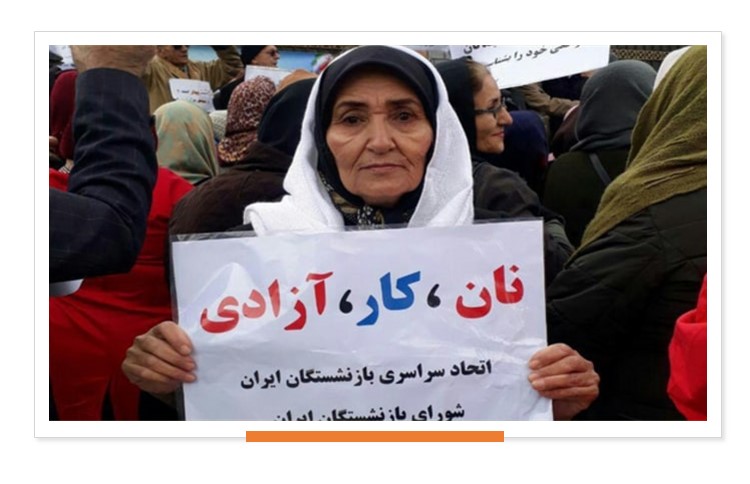 Iran’s cabinet of ministers has recently adopted a regulation that obliges the Maskan Bank to pay for housing loans to retirees. Is this feasible, and is it worth anything?

The issue of homes for retired people, as one of the most vulnerable groups in society, has been a concern in recent years. So that a high percentage of retirees receive minimal salaries and are renters.

According to government media reports on 31 December 2019, the Cabinet of Ministers approved the retirement loan regulations.

According to the regulations, the Maskan Bank will be bound to pay a home-purchase loan to retirees, which will be 50 million Tomans in Tehran and metropolitan areas – and in other cities and villages – it will be 40 million Tomans.

Through this plan, retirees covered by all funds would be eligible for this facility. According to media sources, the plan was also determined by the Maskan-e-Mehr’s returned installment cash.

But the retirees in this plan, came in third place in terms of receiving facilities, now that the realization of its sources is under question.

The interest rate for retirement housing facilities in Tehran was nine percent, in provincial capitals and cities above 200,000 people seven percent, and in other urban areas and villages, it is four percent.

In terms of granting the loans to retirees when it comes to its resources, there are two things to consider:

First, can the amount of loan support the charges of housing for retirees in cities?

Second, and more importantly, how much is the retirement loan installment and can pensioners who are part of the society with the minimum income pay these installments?

Ali Dehghan Kia, head of Tehran’s Social Security Retirement Center, said: “A study of housing prices in a city like Tehran shows that on average people have to pay 10 million Tomans to buy one meter of a house. How can we help retirees with a 50 million Tomans loan?”

“Thus, the approved plan cannot solve the housing problem of pensioners, and if we want to help in this regard, we should consider installments of this loan very low to match their livelihoods,” Dehghan Kia said.

The problems of retirees are not just about housing and the loans related to housing. The situation of the pensioners has worsened in Iran since the beginning of the rule of this regime.

Cruelty about the new year payments for Social Security Pensioners

“New year bonus and the income of pensioners will eventually be deposited by the end of February,” the director of the Social Security Organization said on 31 January.

According to the labor law, the new year bonus of workers is equal to sixty days of the last salary provided that it does not exceed ninety days of the minimum wage. The Persian calendar year ends in March.

This is an injustice against the social security retirees who have been subject to the labor law for their entire lives, but when it comes to new year bonus payments, they are subjected to the state employment law.

If their new year bonus is paid like a worker, instead of 1.2 million tomans, they must be paid at least more than 3 million tomans.

Hadi Qavami, the spokesman for the parliament integration commission, recently announced a 15 percent increase in salaries for employees and retirees in 2020.

“No employee and retiree will receive less than 2.8 million tomans of salaries in the coming year, counting a 15 percent increase in salaries,” Qavami said.

Meanwhile, in recent days, labor rights activists have been talking about the crossing of the livelihood basket from the 8 million tomans line.

Basic insurance deficiencies are another problem for retirees. State pensioners say that one of their main demands is the elimination of supplementary insurance and talking about insurance aggregation does not solve the problem.

Bank retirees have been left out of pay raises

In 2014, Mohammad Bagher Nobakht, the deputy of Iran’s President Hassan Rouhani and head of the Management and Planning Organization, announced an increase in salaries of state-owned banks by between 400,000 and 860,000 tomans.

But the point is that retirees of state-owned banks are not included in this announcement. Bank retirees have said that by law, the salaries of bank employees and retirees were supposed to be the same, but that didn’t happen.

Panel Discussion on Iran: IRGC and Meddlings in the Region

Iran only week or two away from pilot uranium enrichment – diplomats

AFP: Iran could be running a 164-centrifuge pilot cascade...