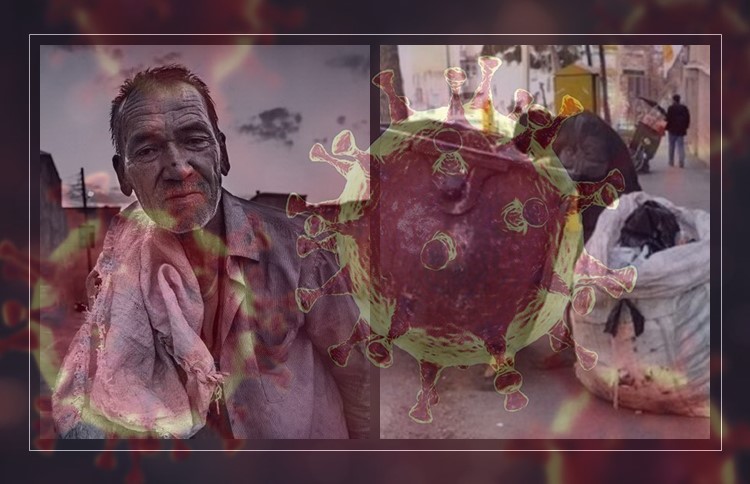 Many countries close their doors to Iran, neither buy goods from Iran nor allow passage to Iranian citizens. Countries such as China, Russia, and Iraq, fearing the arrival of virus-infected people, have closed their borders to the regime without even remembering that this ‘old friend’ put the lives of its citizens in danger to maintain its economic relationship with China, or what costs it has incurred in Iraq to maintain its dominance.

The closure of the borders has caused the country’s export stagnation, which has had its own setbacks for the regime, including that many agricultural products that can no longer be exported will rot in the storages. The chaos of crisis management and the loss of time to prepare the country against the spread of the virus have put the regime in great financial disadvantage and put it in dire straits.

Although the amount of revenue generated by oil smuggling seems insignificant, it is still vital for the crippled regime in the current situation.

The unbelievable spread of the virus also has other consequences, affecting the business and employment of many low-income groups. Many people from the lower groups of the society are working in low-income jobs, salesmen, day laborers, or work as informal workers in small manufacturing workshops.

Most of these workers do not have any supporting coverage for health or pensions. Employers refuse to insure them, and workers can’t complaints, in fear of losing their jobs.

These disadvantaged groups, which make up half of the population with their families, earn less than two million tomans in a month. It is difficult to imagine how these people, who would not be able to overcome their economic problems in the usual way, would be able to feed their families and meet their health needs at the same time, given the prevalence of coronavirus outbreak and market downturns.

The fate of this huge part of the population is in a state of uncertainty, with the pressure now being placed on them, is also reflected the government’s newspapers. In response to this situation, the Rouhani government has pledged 3 trillion tomans in financial aid in fear of a social uprising, which is in no doubt a bogus promise.

“But since one of the weaknesses of the government’s policy has been the consequence of the weakness of databases, there is a concern that existing databases may also be incomplete, leading to the loss of central bank credit lines and the depletion of financial resources, and as a result, those credits will not reach the rightful worker.” (Jahan Sanat, 11 March 2020)

In the absence of a right database what is hiding in it are the people left in poverty and their names are registered nowhere and certainly no help will ever come into their hands.

Massoud Nili, a government economist, said, “The needed health care, is expensive for the families, especially for the low-income, and is sometimes unbearable. In addition, these activities require less work and therefore less income for large groups of society that will ultimately put more pressure on household spending.”

The state-run daily Kasb-o-kar wrote on 11 March: “The impact of the coronavirus on household livelihoods is much more severe than the rise in gasoline prices … It is imperative that the government and other pillars of the government consider urgently the need to prevent the crisis of poverty caused by the coronavirus. It is unlikely that this crisis will have worse or deeper consequences than the coronavirus outbreak.”

The dismissal of workers from factories and workshops has already begun, and such unemployment will certainly not diminish, long after the coronavirus outbreak is over.

But one of the cruelest things the regime imposes on the people while they are involved with the coronavirus outbreak is to send water and electricity bills to the people and warn them that they would be cut off. This warning also applies to small businesses.

With the spread of the coronavirus, what has made Iran’s situation very different from that of other countries is that unlike other countries that seek the ability and plans to improve the economic, psychological and social conditions of their citizens, the regime does not do any of these things.

From the outset, it was clear that the mullahs’ regime was not ready to face such crises because, despite having enough time and opportunity, it did not conduct any intelligence assessments of how the virus was applied to the strata and the population of Iran.

Reuters: The U.N. nuclear chief said on Friday there...

The Iranian regime has finally agreed to resume nuclear...