Citizen Reports: Ayatollahs Infected with COVID-19 Escape from Qom to Across Iran 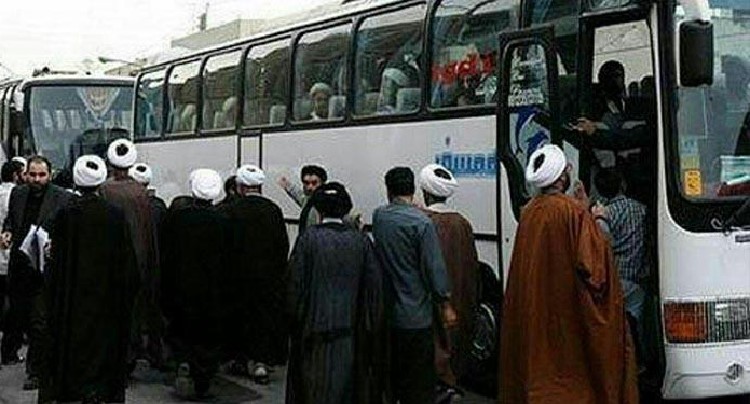 For four decades, the ayatollahs are the main reason for pushing Iran into political, economic, and social collapse. Now, Qom, where the major seminaries of the country are located, has become the epicenter of the coronavirus.

The Chinese ayatollahs were brought and trained in Qom to advocate the regime’s sinister agenda in the eastern countries of Asia. Notably, the annual budget of al-Mustafa university is more than $200 million while the budget of religious, propaganda institutes is around thirteen-fold the funds allocated to environmental issues.

On the other hand, the Revolutionary Guards (IRGC)-owned Mahan Airlines continued and still continues its flights to China amid the outbreak of coronavirus in the country. Profiteering IRGC commanders, in fact, put many lives at risk for financial profits while all aviation companies have canceled their flights to the epicenter of COVID-19. Furthermore, the Iranian regime rejected the quarantine of Qom where the first cases were discovered. Its anti-panic plan sought to ensure a large turnout in the annual marches to mark the 1979 Iranian revolution and the February 21 parliamentary elections.

However, the non-quarantining of Qom resulted in many infected ayatollahs escaping this city and spreading the disease to the whole country. In this respect, several citizens in different provinces have provided reports that shed light on the depth of this novel disaster.

Golestan Province, Gorgan— a citizen has sent a video from this city and explained, “Here is Gorgan, and this IKCO Samand that its plaque [begins] with No. 16. It belongs to a cleric who came from Qom… He is now buying meat in this butchery… I don’t know what they are doing here?… They probably came here to mess here… He is in the butchery right now.”

Khorasan Razavi Province, Mashhad— previously, there were local reports about locating several ayatollahs from Qom in Astan-e Quds’ apartments in Toroq district. In this context, a citizen reported, “The regime takes ayatollahs to the Imam Hossein hospital, all of them came from Qom. Authorities have placed many ayatollahs and their families in Toroq district, in an area between the Toroq road and Chinchin factory.”

“Remarkably, the former head of Astan-e Quds and current chief of Judiciary system Ebrahim Raisi already built many apartments for his financial empire and different seminaries across the country. These facilities are under strict security measures. “The regime has transferred and placed several ayatollahs in Dar-e Gaz city in addition to these facilities,” the citizen said.

The source from Mashhad also added, “Many buses were transferring [the ayatollahs] to the apartments around half-hour alone. They were collectively almost 500 people. Meanwhile, six persons including guards and a chef have recently died in Toroq district.

Kermanshah Province, Qasr-e Shirin and Soumar— there were also citizen reports over transferring several ayatollahs in these cities located in western Iran. In Soumar, the regime has placed several ayatollahs and their families in tents. However, in Qasr-e Shirin, officials allocated Imam Hassan stadium to clerics, who left their seminary in Qom in fear of being infected with the coronavirus.

Semnan Province, Semnan— citizens in Semnan also spoke about placing the ayatollahs in this city that is in the suburb of the famous Loot Desert. Around fifteen people have lately died of coronavirus in Semnan, according to the National Council of Resistance of Iran (NCRI) on March 12.

Hormozgan Province, Qeshm island— local sources previously reported more than 600 ayatollahs were transferred and placed on this island, south of the country. Officials admitted one infected case in the greatest island in the Persian Gulf, regardless of their routine downplaying of the truth.

As China pressures N. Korea, will Putin face down Iran?

USA Today: It took the explosion of a nuclear...