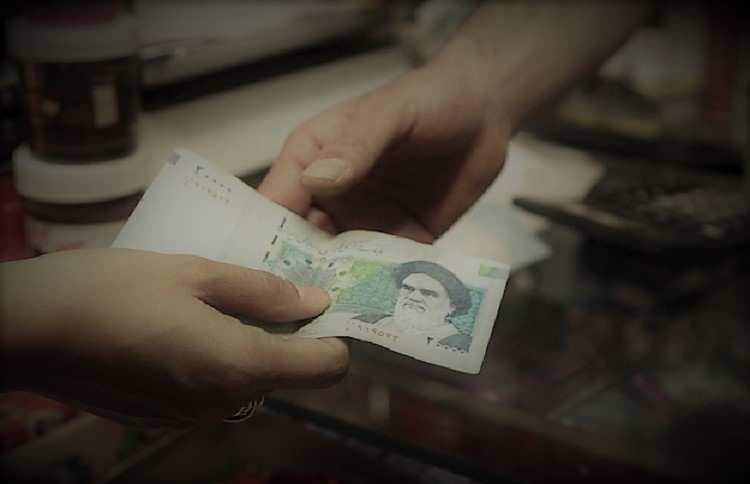 The fact is that the central bank’s report has always minimized economic problems and there is a discrepancy between the statistics of this institution and that of the statistic center since the central bank’s report is always based on the willingness of the bank’s chiefs and the regime’s governments and they ignore many of the economic difficulties deliberately and close their eyes on them.

And there is always a contradiction between the statistics of the central bank and the of the statistic center. On this subject the state-run daily Jahan wrote:

“Central Bank chief report points to a serious contradiction between the figures announced by the central bank and the statistics center. Earlier this year, the Statistical Center had released its nine-month economic performance report. The statistics center estimated the non-oil economic growth rate to be zero percent and the oil economic growth rate to be negative at 7.6 percent.”

“Such statistics have caused that not accurate statistics have been provided to the public on the economic situation of the country and the analysis of economic performance is a skeptic.” (Jahan Sanat, 15 March 2020)

Of course, in the area of ​​economic misery, not all the facts are stated in the statistics of the Statistic Center, and the economic troubles are always minimized.

The central bank’s report comes, while the effects of recent economic sanctions are stifling the economy day by day, while a significant portion of the budget has not been met and the government’s high spending and budget deficits remain one of the major problems facing the government.

Commenting on the statistics of the statistical centers, Jahan-e-Sanat in another article called ‘Deceptive Statistics’ by one of the government’s economic experts, wrote: “The basis of the statistical reports published on a quarterly and monthly basis never reflects the economic realities of the country and cannot reflect accurately the business environment, the extent of people’s participation in economic decision-making, industrial and manufacturing prosperity and economic prosperity.”

It added: “What is called economic growth is consumption growth that does not reflect the improvement of the economic situation in the country. Obviously, the more the government spends money on unproductive activities (and even countering the Coronavirus), the higher the GDP. But GDP growth only reflects the amount of money that exchanges hands and cannot support change in production, consumer welfare, and employment growth.” (Jahan-e-Sanat, 15 March)

From another prospect, the state-run daily Farhikhtegan wrote about the economic situation in 2019: “In 2019, Iran’s economic growth, including oil, was negative seven and without it near zero, meaning the total volume of production of goods and services has declined compared to the previous year. On the other hand, cruel sanctions and restrictions on oil exports have led to poor economic performance.” (Farhikhtegan, 15 March)

Regarding the recent claim of the head of the central bank and the statistics announced by government agencies, these claims and statistics never reflect the real performance of the economy.

For example, one of the claims by Hassan Rouhani’s government in 2019 was that the unemployment rate had fallen in June and July. This claim was made while many manufacturing companies were closed or worked with less than half of their production capacity and the business environment was inappropriate.

In the coming year (Persian calendar) things will be worse, and of course, the impact of the coronavirus outbreak will start in the coming month while the Vice President of the chamber of Guilds of Iran said: “The outbreak of the Coronavirus began in February, but its economic and social impacts are to be expected in the next three months, and if the various agencies, especially banks and the Social Security Organization, do not support the guilds, we will face many problems, such as human resources adjustment.” (Khordad news, 16 March)

Earlier this week, we heard about the case of...