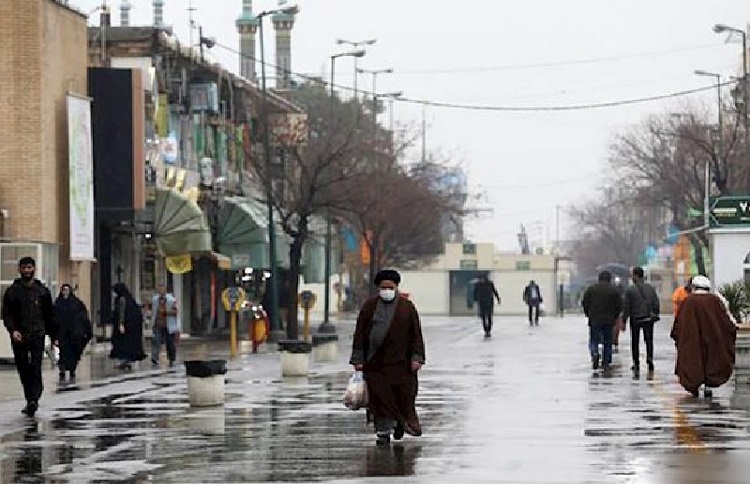 These days, the consequences of the coronavirus outbreak have reflected in Iranian authorities’ remarks and each faction is blaming the other for the rapid spread of the virus in Iran.

However, given the systematic secrecy and continuing flights by the Revolutionary Guards (IRGC)-owned Mahan Airlines to and from China, the regime bears primary responsibility for the expansion of the deadly disease across the country.

Results of the criminal concealing of news about the COVID-19 in Iran spiked chaos and political turmoil among officials as far as each one tries to escape from accountability. In this respect, the regime’s President Hassan Rouhani rejected quarantining cities once again, saying, “We have nothing under the name of quarantine, such a thing does not exist, neither today nor during the Nowruz vacation period.” His remarks were carried by the state-run T.V. channel on March 15.

However, on the same day, the regime’s governor in Khuzestan province, southwest Iran, objected to Rouhani’s statement and Khuzestan went into lockdown while the president had assured that the regime has no plan for quarantining Tehran and other cities in the country. At the same time, the chief of the security forces called the hypothesis of cities’ quarantining as “foes’ psychological warfare.”

On the other hand, the IRGC-owned news agency Fars acknowledged that Paveh and Javanrud counties, as well as Oramanat Area in Kurdistan province, have been in lockdown. The regime’s governor in Paveh said, “All entrance gates of this county are blocked.”

In such circumstances, the chief of Tehran city council Mohsen Hashemi said, “Citizens are concerned and confused about the antithesis news raised by officials toward Tehran’s quarantine.” He implicitly rejected Rouhani’s remarks about the non-quarantining of the cities and said, “Officials should explain about different types of quarantine in the world and indicate that what degree of quarantine should be implemented in Iran,” according to the state-run newspaper Etemad on March 16.

Abbas Abdi, an advocate of Rouhani, said the non-quarantining of Qom was one of the essential parameters for the widespread outbreak of the coronavirus in Iran. “There is still an argument over whether they really intend to lock down Qom or not? If they would, who prevented [the measure]?” Etemad quoted Abdi as saying on the same day.

Additionally, the deputy of the Parliament speaker Massoud Pezeshkian said, “Since day one, when we registered the first cases of Iranian citizens’ infection with the coronavirus, in the [parliament] directorate’s session, I emphasized that I would have quarantined Qom if I was in the place of the administration. I said that ‘I would implement marshal law even by resorting to military force,’ however, this event didn’t take place.”

In the meantime, the regime’s supreme leader Ali Khamenei ordered the Health Minister Saeed Namaki to involve IRGC members in the medical affairs, addressing him through a letter, “The measures of the ‘National Headquarters [for Countering Coronavirus]’ and the Health Ministry are imperative for all. This plan is absolutely practical and is the same thing that turns the threat into an opportunity,” Khamenei’s official website wrote on March 15.

While the Iranian regime’s officials have no calculated plan for containing the disease, the people are paying the cost of secrecy with their lives. This matter may ignite another round of protests that target the entire regime – both the “reformists” and “hardliners.” In this regard, Khamenei ordered General Mohammad Bagheri to form a “health base,” however, history has proven that nothing can resist versus the people’s desire.

By Jubin Katiraie Amnesty International reported on Wednesday that...
Multimedia