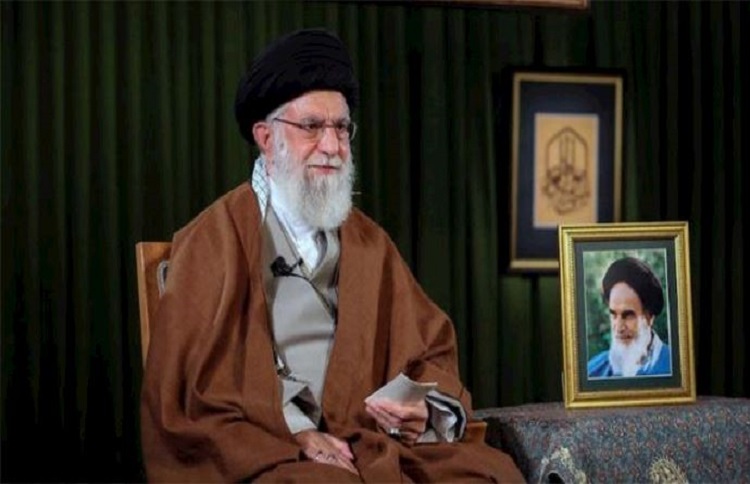 Iran’s Supreme Leader Ali Khamenei had called 2019 a year of the boom in production, and in the message of Nowruz 2020, he claimed this was correct.

He turned to his economic experts to prove the claim and said, “These reports show that in 2019 in addition to the welcome of the experts on the slogan of the economical boom, in practice it was welcomed and by the efforts of a different organization, production was partially started, but its effect on people’s lives was not noticeable.”

But while the regime’s supreme leader has claimed that they had an economic boom and said that to some extent this has had achievements, but he immediately added: “Of course the effect on people’s lives was not noticeable”. He thus implicitly acknowledged the nullity of his claim to a boom in the economy.

The claim of a boom in production is correct when it has the most impact on the economy of the country and ultimately on the lives of the people, otherwise it is nothing more than a hollow and bogus claim.

Regardless of this contradiction, the fact is that in the past year, production has not prospered because of the inhuman policies of the regime and its stalemate in the economy.

One of the major problems of factories and manufacturing plants has been the rising inflation and rising dollar and consequently rising of commodity prices, which has increased the cost of production and increased domestic goods, and as a result, domestic goods cannot compete with imported products.

Despite previous promises by Hassan Rouhani’s government on improving the business environment and removing barriers to production, it remained just as an empty promise, so that state-run media and government officials acknowledging that more than 50 percent of industrial settlements work below capacity and the rest are closed or half-closed.

The turbulent economic environment has led to the closure of a significant portion of the country’s businesses and small businesses, resulting in a decrease in production, which has turned to an increase in unemployment.

It is such a turbulent environment that has made investment sharply declining and reaching its lowest point in recent years.

State-run daily Arman wrote: “Sixty-seven percent of workers are below the poverty line” and about the problem of the production units in 2019, he said: “Inflation growth and deepening recession were among the problems that most affected production activity during 2019. Units that are the main area of ​​the work for workers and any of these problems endanger their wages and livelihoods more than anything else.” (State-run daily Arman, 17 February 2020)

The State-run media Jahan Sanat wrote: “With the downturn in production and the decline in factory sales due to government set’s pricing and the decline in people’s purchasing power, can there be more pressure on the manufacturing sector? (Jahan Sanat, 1 December 2019)

State-run daily Siasat Rooz wrote about the economic failure of the regime and its pointless efforts to rescue the regime’s economy: “These policies impede the path of production and producers and do not allow them to prosper or move forward, and no one can hope for the prosperity of production to reach its destination. Now, even if the available financial resources are reachable to them, and again these inconsistencies and contradictions can be such that these resources and their implementation paths are significantly distorted.” (Siasat Rooz, 5 February 2020)

The State-run Tabnak website wrote about the negative assessment of the production situation in 2018 count the following factors as the obstacles to production boom: ‘Unpredictability and price changes of raw materials and products’, ‘instability of business policies, rules and regulations’, ‘difficulty in obtaining funding from banks’, ‘obstacles to administrative processes and obtaining business licenses from the executive institutions’ and the ‘corruption and abuse of officials from their positions in the executive institutions.’

And as its final conclusion, this website added: “Due to many years of these obstacles to production have not been remedied and the country is still under severe sanctions. Experts have no hope of boosting production this year, as most experts forecast economic growth negatively this year.” (State-run Tabnak website, 6 April 2019)

Now that 2019 has passed, these factors are still in place, and in 2020 they will continue to be more critical than the year before.

Khamenei has called 2020 the year of production boom. In this regard, one should ask him what he means by production boom and production while all the regime’s experts are saying the opposite to him and have no hope in changes.

AP: Iran has expanded its uranium enrichment program instead...

By Jubin Katiraie Both the Arab League and the...