Iran’s Regime Stands to Benefit From the Coronavirus: A 12 Percent Interest-Bearing Loan With the Elimination of the People’s Subsidies 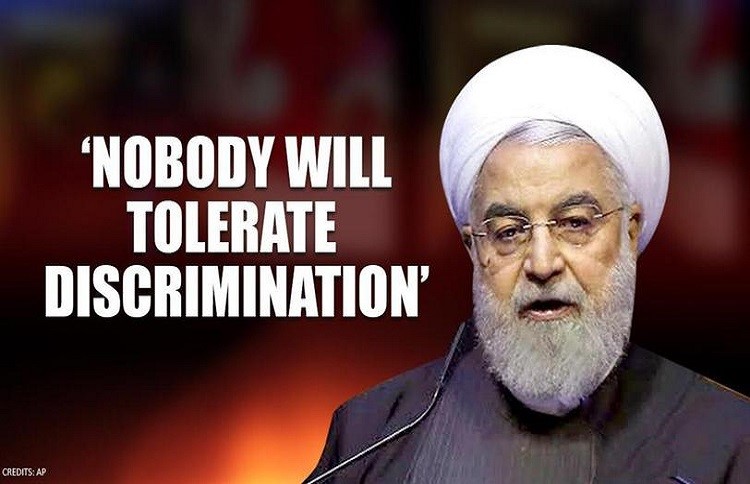 Claiming that his government has the coronavirus pandemic under control, Iranian President Hassan Rouhani has promised two more steps after the Iranian regime opened offices on 4 April and announced that businesses would start operating in Iran’s cities on 11 April and in Tehran on 18 April:

A livelihood package of “200 to 600 thousand Tomans” and “a loan of one million” with a 12 percent interest on the elimination of subsidies in the coming months.

The subject of normalizing the situation in Iran and starting the works led to heavy protests in the regime’s media. This act is so dangerous and disastrous that even someone like the regime’s Judiciary Chief Ebrahim Raisi who is responsible for the execution of many people in Iran said: “Among the types of health, the health of the body and the soul of the people is a priority, and in the conflict between the types of health, our strategy and management should be based on ensuring the health of the lives of the people.”

But the regime’s confusing economic situation pushed it to close its eyes on the protests even by the regime’s officials and vetoing the high priority bill of the parliament to confront the coronavirus outbreak in the country.

And to calm down the situation and keep the people silent the regime’s president announced the plan of the livelihood package of “200 to 600 thousand Tomans”, which is equivalent to $ 12 to 36 for 3 million families.

He also promised that “a loan of 1 million to 2 million tomans [equivalent to 60 to 120 dollars] will be given to 23 million low-income families, but their subsidies will be reduced within 24 months”.

This loan is considered to be a kind of receipt of a cash subsidy for a few months, and its recipients are not supposed to receive a subsidy in the next few months in order to settle the loan installments in this way.

Another noteworthy point is that this loan, along with its 12% interest rate, will be reduced from the citizen’s subsidies.

The question here is, why, while hundreds of billions of dollars of money and capital have been stored in Khamenei’s private hedge funds and IRGC institutions such as the Astan Quds Razavi, Execution of Imam Khomeini’s Order (EIKO), the Mostazafan Foundation, and the IRGC Cooperative Foundation, an Iranian family must live with $12 to $36 a month when they have no income?

Why, while the Iranian people are in a difficult situation, are they given only a small monthly stipend equal to the one-day salary of the regime’s proxy forces, who are fighting for it outside the borders to advance the regime’s ambitions?

Furthermore, isn’t it possible for the regime to reduce the costs of “exporting the revolution” of the regime in other countries such as Syria, Iraq, Lebanon, Yemen, Palestine and spend it on the livelihood of the Iranian people?

These are the questions that everyone should think about twice when they decide over whether they should help this regime. The truth is that none of this aid will reach the hands of the Iranian people.

AP: Iraqi authorities are planning to relocate the remaining...