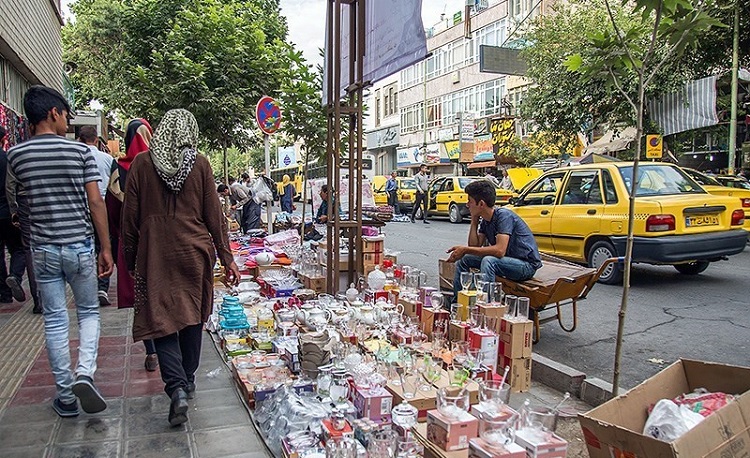 While Iran’s people and the country are suffering from the coronavirus and the people’s economic and livelihood problems have multiplied, a rise in prices in Iran’s cities, which is the doing of the regime, has bent the backs of the hardworking and low-income society.

However, the state-run media Mostaqel website acknowledged that: “It is necessary for public institutions such as the Mostazafan Foundation, Astan Quds Razavi, the Execution of Imam Khomeini’s Order and other similar institutions that have benefited from the country’s facilities for years and generally have not paid taxes, to come to the aid of the people today, when the country needs their help.”

People from various cities in Iran are complaining about the terrible costs of goods. The following report includes some of their remarks:

A person from Kermanshah also said about the high prices of basic goods: “The price of bread and rice has risen. Yesterday, when I went to buy rice, each sack was 200,000 tomans. People were standing in line for rice, but there was no rice to buy. The price of Lavash bread is 400 tomans each and Sangak bread has reached 2,000.”

A man from Tehran said: “I am in the business of clothing. The purchasing power of the people has come down terriblly. I also do construction work. These two works were among the best and most lucrative. I am really having trouble financing now.

“The construction work with the policy pursued by the IRGC is practically no longer economically viable. Small and medium-sized manufacturers were thrown out of the market. In terms of clothing, we had a price increase of at least 30%, and I think it will be even higher. Because the current costs are very high. The cost of production and living has also risen. There is likely to be another price increase.

“Under these circumstances, people do not have the purchasing power. I have been auctioning the goods for two weeks. I sell 10 to 15 percent below the purchase price. People do not have the power to buy. On the one hand, employees were given a 20 percent increase in salaries, on the other hand, all goods increased by 30 to 40 percent. Not only has the situation not gotten better, but it has also gotten worse.

“Inflation will be close to 50 percent this year, and the government will have to print banknotes and the purchasing power will become lower. There is no hope for anything but another spark and a powerful nationwide protest.”

Regarding the increase in prices and the closure of workplaces in Tehran, Hadi Sadati, president of the Mazandaran Construction Workers’ Union, said that workers are currently, “living in the worst living conditions and do not have the money to buy bread.”

According to the state-run ILNA news agency, Sadati said on 27 April that the situation of workers in the Corona crisis is “deplorable” and that they “did not deserve to deal with poverty and deprivation.”

“Construction workers are staying at home for more than two months and living in terrible poverty,” he said of the 21 percent increase in workers’ wages in the face of 41 percent inflation.

US warily leans to new Iran sanctions over nukes

AP: Frustrated by Iran's continued defiance of demands to...