Iran to Reopen 127 Virus-Free Cities, Even Though No Such Thing Exists 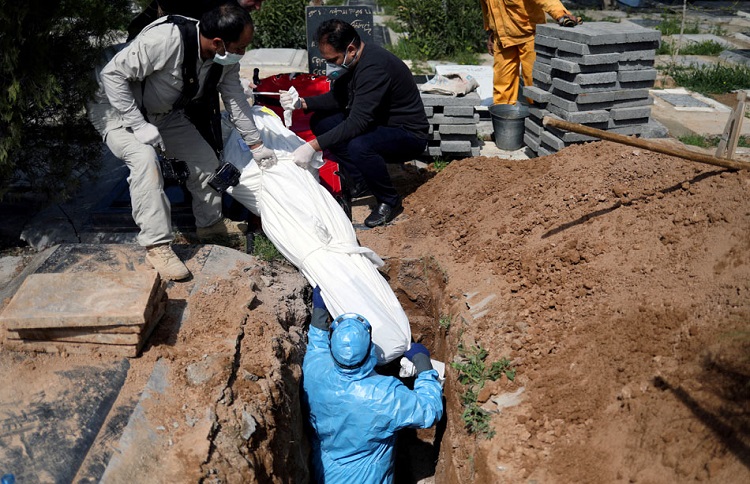 Iranian President Hassan Rouhani announced on Sunday that the Health Ministry has named roughly 127 cities that are supposedly virus-free (white) where religious sites will reopen in early May (mid-Ramadan).

These white zones are incredibly controversial because the coronavirus is not under control in Iran or even in these areas, as officials admit, and this reopening will lead to a massive spread in the coronavirus across Iran.

So far, the Health Ministry announced nine white cities in Isfahan province, six in Sistan and Baluchestan Province, 12 in Khuzestan province, but this has been met with fury from officials there.

Mohammad Hashemi, dean of the University of Medical Sciences of Zahedan, said: “Not only is there no evidence of an end to coronavirus but we are probably at the beginning of the second peak.”

There is no possible way that any area in the country could be virus-free because the big cities and provincial capitals are considered extremely dangerous still (red) and there are no restrictions on travel inside Iran.

Other officials from around Iran also began to make similar announcements. The representative of the Health Ministry in Gilan said no areas could be considered white and they were “still in danger”, while the head of Mashhad’s University of Medical Sciences said that the number of coronavirus cases is still increasing.

Yet more warned of a second coronavirus wave and that Iran had not even seen the peak yet, including the head of Infectious Diseases Centre at the Ministry of Health.

But Rouhani made this announcement anyway to justify removing the few restrictions that have been in place because the regime fears that economic pressure on the poorest will lead to a massive uprising.

With specific regard to reopening religious sites during the holy month of Ramadan, the regime wants to ensure that they are able to once again steal money from the Iranian people in the form of donations to the mosque or other religious site, as well as spread its propaganda from the pulpits again. To be clear, this is not about religion, mullahs use the mosques and religious sites to achieve two goals: plundering people to fund their illicit activities and boosting the morale of their forces to be ready for confronting a possible social outrage.

AFP: France on Tuesday rejected a proposal from Iran...