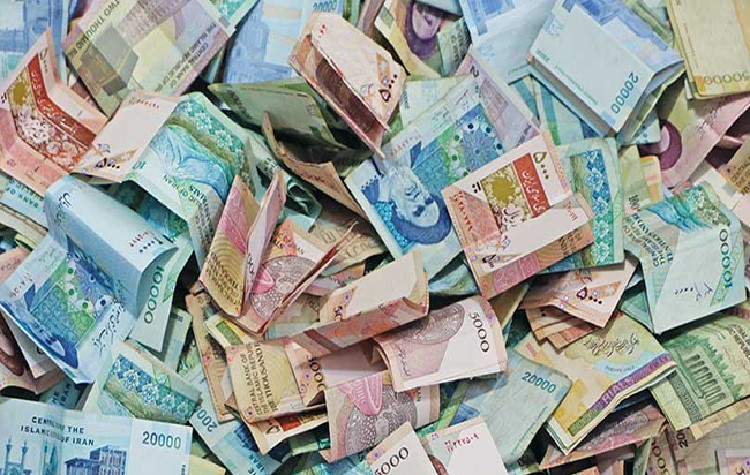 On May 4, Iranian lawmakers passed a bill to remove four zeros from the national currency. According to Iranian media, the administration and Parliament (Majlis) were discussing the bill titled, “Amend the country’s monetary and baking law,” for around 13 years.

What Is Officials’ Purpose from Changing Iran’s Currency Unit?

The Iranian government pursues to revive the country’s bankrupted economy by removing zeros. Representatives of the Hassan Rouhani’s administration and the Chief of the Central Bank of Iran (CBI) reckon that Iran is not the first country in using this method.

They remind Turkey’s experience as a positive example in this line. Of course, economic experts have rejected this reasoning and believe this action should be accompanied by tangible steps. In other words, experts say the plan would be a success under the condition of employing economic reforms, which the “reformist” administration of Hassan Rouhani has yet to do in any sector so far.

Given the high rate of inflation, the general level of prices in Iran has increased 3,600 times. However, the value of rotating banknotes has increased 50 times alone, which shows a freefall of the national currency.

“An economic stability and constant growth, employment, rate of foreign currency, and inflation are the prerequisites for this decision. We can remind this issue whenever the mentioned topics found a steady rate. Turkey is one of the countries that managed to implement the plan successfully. Turkey under the Erdogan administration decreased the inflation from 70 percent to 7 percent. Then, they started [removing zeros from national currency]. We can think about the permanent removal of zeros only we could decrease the inflation rate to four or five percent,” Eqtesad Online quoted Ahmad Hatam Yazdi, former CEO of Saderat Bank, as saying on May 5.

“The coronavirus and its remaining economic injuries are one of our biggest problems in this status quo. Also, the economy has always been tied with foreign issues,” he highlighted.

In reality, given the U.S. sanctions as well as blacklisting the country’s banking system by the FATF, Iran’s economy is experiencing a tough period. Due to FATF’s rules, the Iranian government would not be able to restore financial communications even with its strategic allies in the case of lifting sanctions. In addition, the country faces disastrous inflation and unemployment as the first and second major economic problems at home.

In this respect, removing zeros from the national currency neither decreases the inflation rate nor creates new employment. It would only have psychological functions. Notably, Turkey had removed zeros from its national currency 325 times in three decades, according to the former chief of the CBI Ebrahim Sheibani.

Also, the Turkish government did not experience the foreign economic pressures that are imposed on Iran. On the other hand, Iran possesses a unique record in corruption and losing billions of national wealth.

“After removing four zeros from the national currency, every toman is equal with 10,000 rials. Now, the question is that ‘Would a person be able to purchase a 56,000-rial cost basket with 56 tomans after the change of toman’s value? We should remind that the raising of prices, for example, two rials for an essential good would mentally be easier. However, these two rials are equal with the current 2,000 tomans. This matter will amplify the pressure on weak segments of the society and eventually lead to more inflation growth,” YJC had quoted Sheibani as saying in a session with the economic committee of the Parliament in November 2019.

At the time, he had expressed his concerns about not implementing correct changes to prices and public services for the vulnerable strata of society. Sheibani counted the cut off the link between past factures and new ones as another obstacle. He also mentioned that there is no assurance to prevent this hazardous event.

On the other hand, these actions obviously displayed that the Iranian national currency has lost its value. “The country’s coins are out of order in this status quo. Also, there are eight billion banknotes in the country, five billion of them related to below 2,000 tomans. We can reuse the former one and two-tomans coins, which would reduce depreciation. Because one billion banknotes are destroyed annually at a heavy cost of 400 billion tomans,” Fararu website quoted the chief of the CBI Abdulnasser Hemmati on May 5.

Also, a member of the science committee of Allameh Tabatabaei University Ali Sarzaeim objected to the government’s plan for removing zeros. He mentioned there is a need to adopting efficient policies by rulers before formal actions.

“Several policies need to be considered and several actions should be taken to increase the efficiency and employment if we want to improve the country’s economy and achieve an increase in productions and services,” Sarzaeim told Fararu on the same day.

Remarkably, another economic expert Bayazid Mardoukhi, who believes that the zeros should be removed sooner, said that merely removing zeros cannot rescue Iran’s economy. He also highlighted the importance of practical steps for boosting the producing sectors of society.

“Removal of zeros alone, would not be able to improve the country’s economic condition. [The government] must take paths to increase the GDP and move economic growth rates in a positive direction,” Mardoukhi said.

Also, MPs revealed the new scope of Iran’s dire economic condition, which has been obvious in incredible national currency.

“Reforming the monetary structure is one of the government’s good measures, as the value of the country’s currency has fallen, so much so that even the cost of printing money is not as high as the value of money,” an MP Mohammad Reza Sabbaghian Bafghi said as a sympathizer.

“We need to avoid over-printing banknotes to reduce costs… Reforming the country’s monetary structure will strengthen the value of money and facilitate transactions,” another MP Ali Bakhtiar claimed as a sympathizer for the bill.

However, opponents reckoned that there is no economic reason for the bill while the country faces numerous economic problems. Notably, in November, the government raised gasoline prices to compensate for its massive budget deficits, which prompted public ire and challenged the ayatollahs’ long mismanagement.

In recent days, the government also handled a gradual rise in bread prices while many people have been hard hit by a coronavirus, and millions of breadwinners are affected by breathtaking impacts of the ominous infectious disease.

“Changing currency, minting new coins, printing banknotes, and eliminating past banknotes imposes huge costs on the government that is not justified in the current economic climate,” said Seyyed Taghi Kabiri in opposition to the bill.

“The bill should have been argued in a more stable economic condition. Given the worrying condition of the economy, reforming the currency will not only not reduce inflation, but will also raise prices… The people expect us to take effective actions in the remaining days of this Parliament’s period. However, removing four zeros and changing the national currency will not result in a significant change in the people’s livelihood and preserving the value of the national currency,” Mehrdad Bauj Lahouti expressed in his objection to the bill.

Who Is Responsible for Iran’s Economic Bankruptcy?

In conclusion, Iran’s economy under the thumb of ayatollahs and the Revolutionary Guard (IRGC) has experienced a dire condition. For four decades, Iranian rulers spent national resources on boosting their aggressive apparatuses and funding their extremist proxies in the Middle East instead of improving the people’s livelihood.

On the other hand, they squandered billions of dollars on irresponsible policies like nuclear bomb-making programs, ballistic missile production, and construction of multi-ton destroyer and military equipment, which prompted the international community to cut off Iran’s normal revenue and circumvent security resolutions.

These costly measures only left the rest of Iran’s society poorer and put the country’s economy at the brink of collapse. In this respect, Mrs. Maryam Rajavi, the President-elect of the National Council of Resistance of Iran (NCRI), slammed the ayatollahs for the freefall of the national currency’s value.

“The plunging rate of the value of Rial forced the regime to change Iran’s monetary unit. This is an official acknowledgment of economic bankruptcy and the most significant sign that the clerical regime’s economy is in shambles,” she tweeted on May 5.

The plunging rate of the value of Rial forced the regime to change Iran’s monetary unit. This is an official acknowledgment of economic bankruptcy and the most significant sign that the clerical regime’s economy is in shambles #Iran

Reuters: Iran reiterated on Tuesday it would shortly resume...

Reuters: Lawmakers in the Congress are looking at ways...