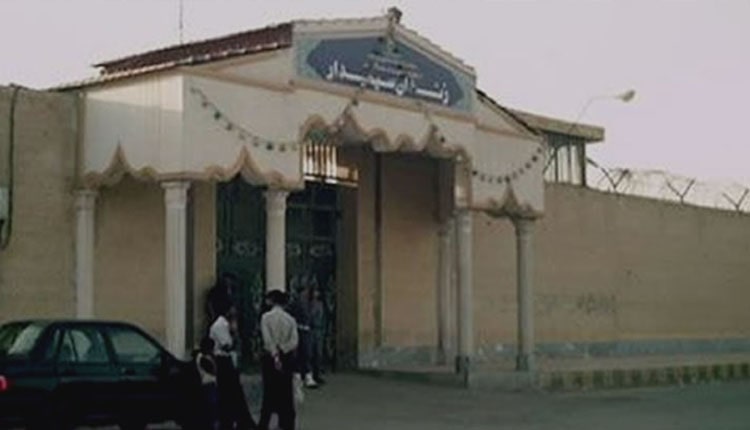 There are shocking reports from Sepidar Prison in Iran that at least 50 women are infected with the coronavirus, but there is no doctor to treat them and no medicine to give them.

The women were quarantined after exhibiting symptoms (i.e. fever, coughing, and other symptoms associated with an infection), although it should be noted that they are just quarantined in a cell that is only separated from the rest of the ward by a few metal bars. Even their outside space is the same as it is for prisoners who do not have symptoms

The authorities at this Ahvaz prison have tried to keep the outbreak a secret, so they have not reported on it. The lives of the prisoners, both those infected and those currently not, are in grave danger.

One of these women is political prisoner Nejat Anvar Hamidi, who was arrested in March 2019 on charges of supporting the People’s Mojahedin of Iran (PMOI/MEK).

The 62-year-old, who also suffers from severe eye diseases and chronic headaches, was previously arrested on the same charge in 1981 and imprisoned for two years before being released on bail.

Nearly 40 years later, the regime issued a warrant for her arrest, denied her legal counsel, and ordered her to serve the remaining five years of her sentence. At the time, her husband and daughter were also arrested, interrogated, and threatened.

As the coronavirus outbreak continues to spread across Iran, having killed over 39,000 so far, prisoners are being hit especially hard because the authorities are preventing them from protecting themselves, by denying them soap, bleach, masks, and gloves, even if they want to buy it themselves.

Since the end of March, thousands of inmates across several prisons in Iran, including Sepidar, held protests over this inhumane treatment. Some managed to escape, but many more unarmed protesters were killed or injured by prison officers and security forces.

There have also been hunger strikes by many prisoners over the regime’s failure to respond to their demands:

Women Heads of Household Hit Hard by Coronavirus in Iran

“Why is Iran trying to assassinate Saudi Ambassadors?

Reuters: World powers will need "a few days" to...