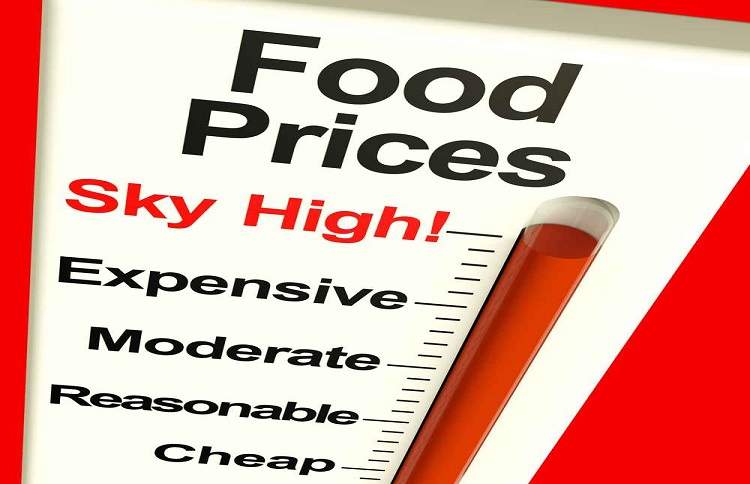 Essential goods are in short supply in Iran, which means that the cost of items has risen dramatically in the past few months, putting yet more pressure on the Iranian people. This is more pronounced in the goods that are monopolized by the government, i.e. water and electricity.

Following rises in other areas, the price of bread has risen 40-50%; something that the Revolutionary Guards (IRGC)-affiliated Fars News Agency has blamed on the bakers union. Meanwhile, fruit prices have risen by such a devastating amount that not even the middle class can afford it.

Iranian President Hassan Rouhani acknowledged the rising prices on Sunday but also denied that people were having trouble feeding themselves.

He said: “Failure to deal with price increases is not accepted at all…Fortunately, the dear people of our country have experienced the least difficulty in procuring the products they need.”

Rouhani also blamed the people and spoke vaguely about the problem to try and stop anyone blaming the regime when it is common knowledge that the regime uses these price hikes to steal from the Iranian people in order to fulfill the budget; specifically the portion allocated to the regime’s militias.

But who is profiting off this theft from the people and the farmers? The IRGC, who are called “invisible dealers” in the TV report. In protest against the regime’s policies, several frustrated farmers have destroyed their own products in front of regime headquarters.

This whole mess is because the regime has planned to increase the costs of all goods, something easy to do in government industries, like cars, fuel, and public transport. With regard to food though, it is a bit harder, but government brokers actually set buying and selling prices, so they can set the purchase price as low as they like – cheating the farmers – while selling a small fraction of the products at high prices domestically and exporting the rest. This starves the local population and decimates food growing centers abroad.

The Iranian Resistance wrote: “The result of this is ruthless looting [is] more poverty, social corruption, and increase of murder and suicide… In other words, the regime’s own officials know that as they dig their hands deeper into the people’s pockets, they are sowing the seeds of their own undoing in creating the grounds for more massive anti-regime protests.”

AFP: The spokesman of Iran's electoral watchdog, the Guardians...