Iranian Banks Have Shut Down 1,460 Factories 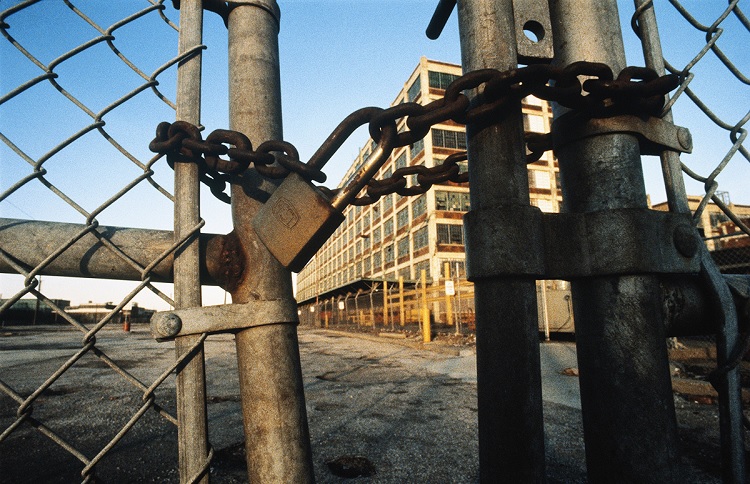 While Iran is faced with economic warfare, 1,460 factories have been shut down by the country’s banks, according to the head of the paramilitary Basij force for laborers and factories Ali Hossein Ra’yati-Far.

On July 13, the state-run Javan daily affiliated to the Islamic Revolutionary Guard Corps (IRGC) quoted Ra’yati-Far as saying, “Banks have dominated 1,460 factories and producing centers due to their debts and delayed installments, which left many workers unemployed.”

“These factories did not have special problems and they had to produce power and several of them had provided new devices for production. However, banking obstacles led to shutting down, sealed, monopolized, and in addition to being stopped, many workers have directly or indirectly been harmed in the producing cycle and being unemployed,” he added.

He also mentioned that in the coronavirus period, workers were working in three-shift, one of them called “Isar shift,” [sacrifice in the Persian language] without receiving a paycheck, and for free to provide hygienic materials and sanitizers for the country.

Simultaneously, the Iranian government wastes the country’s national resources on costly foreign policies instead of supporting the industrial sectors. For instance, on May 20, in an interview with the Etemad Online website, the former head of the Parliament’s Security and Foreign Affairs Commission Heshmatollah Falahatpishe admitted that the Iranian government has given $20-30 billion to prop the Assad regime in Syria.

On the other hand, on June 27, in his speech in Gilan province, northern Iran, former president Mahmoud Ahmadinejad unveiled that Hassan Rouhani’s administration is secretly donating the country’s assets to China. “A little bird told me that they are negotiating over closing a new 25-year deal with a foreign country and no one knows about it,” Dolat-e Bahar website affiliated to Ahmadinejad’s allies quoted him as saying.

Surprisingly, Rouhani’s rival exposed that the Chinese government enjoys a 35% discount on Iranian oil, and it can delay payments for up to two years. China can also deploy 5,000 security agents to protect its facilities and secure the transmission of products.

In early June, the Iranian government sent five oil tankers carrying 1.53 million barrels of gasoline to Venezuela despite the ayatollahs brutally suppressing domestic protests against gasoline price hikes in November. According to the Iranian opposition Mojahedin-e Khalq (MEK/PMOI), over 1,500 protesters were killed by security forces across the country.

Authorities also detained more than 12,000 demonstrators and transferred them to dungeons, where they were exposed to torture and ill-treatment. Based on forced confessions, Iran’s judiciary issued the death penalty for several detainees. On July 14, the Supreme Court upheld the death sentences of three young protesters, Amir Hossein Moradi, Saeed Tamjidi, and Mohammad Rajabi, under the allegation of “waging war against God.”

This issue prompted millions of Iranians across the globe to announce their objection against the Iranian judiciary system and demand the international community and rights group to compel the ayatollahs to stop the execution. The U.S. President Donald Trump in Tweets both in Persian and English condemned the execution of three protesters.

“Three individuals were sentenced to death in Iran for participating in protests. The execution is expected momentarily. Executing these three people sends a terrible signal to the world and should not be done! #StopExecutionsInIran,” he tweeted.

Also, Amnesty International tweeted, “Iran’s Khamenei must quash the death sentences of protesters—Amirhossein Moradi, Saeed Tamjidi & Mohammad Rajabi—immediately! Their trial was unfair & they said they were subjected to torture through beatings, electric shocks, and being hung upside down. نکنید_اعدام#”

However, Iranian authorities are deeply concerned about the security aspect of economic problems and they severely try to nip any kind of protest in the bud. In this respect, Ra’yati-Far’s remarks are a warning about upcoming protests, which are capable to challenge the entire ruling system.

Iranian youths are becoming eager to get more knowledge and educate themselves about the sworn enemy of the ayatollahs who herald a free, democratic, and secular Iran. In such circumstances, the ayatollahs and the IRGC attempt to maintain their rule at all costs. They use propaganda apparatus to insinuate that citizens, especially the young generation, should bear this status quo and there is no solution except supporting the government.

However, the Iranian Resistance provides real hope for the future. In this respect, many Iranians would gather in a video conference on July 17 under the banner of “Free Iran Global Summit.” The National Council of Resistance of Iran (NCRI) has declared that the event would be the greatest online conference since the novel coronavirus emerged. The event is expected to draw thousands of Iranians and hundreds of prominent figures from the world’s five continents from 30,000 points across the globe.

Bloomberg: Negotiators weren’t able to reach agreement on a...

AFP: Pakistan's president has delayed a visit to Iran...