Iran: Khamenei’s Deal With China and the Concerns of the People 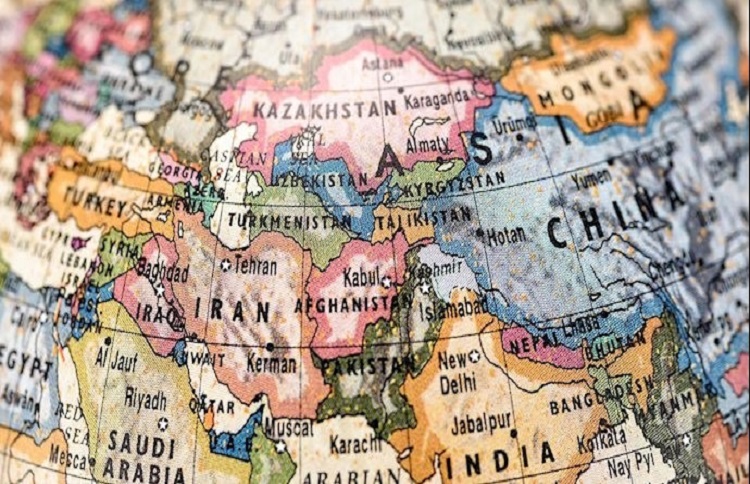 There is a lot of discussion and speculation these days in both the international and Iranian state media about the regime’s 25-year deal with China.

In a reaction fundamentally different from the political rivalries of the factions within the government, a real and right national concern is visible. In this memo, we want to see what is the reality of this agreement, despite various rumors and news.

Nothing has been officially released yet

At the time of this writing, neither the text nor even a part of the text or the introduction or at least some clauses of this agreement has been officially published by any of the parties to the agreement (Ali Khamenei’s regime and China). This means that, at least until now, no official document has been released by the Chinese or the regime’s government that even states a part of this agreement, and this in itself raises more public concerns.

Published documents have been denied

Even an 18-page draft, which was published in recent days and indirectly confirmed by a number of state media organizations, was immediately officially rejected by the regime, so the reality and the quiddity of this agreement and what it is technical cannot be discussed. As a result, you have to wait for the text or at least part of it to be officially published to better address it.

Everything goes on in silence, just like the JCPOA

But what can be understood from the current situation, especially the official stances of the regime and its media, is that everything about this agreement is happening in silence and behind the curtains. This means that perhaps this situation can be compared to the story of the ‘JCPOA’ that everything is basically happened behind the scenes by Supreme Leader Khamenei and his advisers such as Ali Akbar Velayati and… it took place in one of the neighboring countries, and then the issue was settled with just a few meetings in the parliament.

In that incident, Khamenei did was he wants, and then suddenly billions of fortunes, which were the result of the hard work of Iran’s people, were poured into the pockets of international economic cartels, without any benefits for the people, then Khamenei made its contra-faction in the regime responsible for this loss.

Fear of the Chinese method

Another cause of concern for the Iranian people, in this case, is the history of the Chinese and their contracts. The state-run daily Shargh on 9 July 2020 wrote an article about this that helps to clarify the discussion and the cause of the concerns of the Iranian people. Shargh listed the causes of the people’s worries as follows:

The newspaper then cited a report published on the website of the Deputy Foreign Minister for Economic Diplomacy (i.e., those who may have access to the text of the agreement or its provisions), citing two or three similar Chinese agreements, which is raising concerns of the people and wrote:

Part of the report [citing the website of Economic Diplomacy] refers to the type of Chinese investment in ports in countries such as Myanmar, Bangladesh, Sri Lanka, Maldives, and Pakistan, which has created fears for other countries.

For example, in the process of Chinese investment in Sri Lanka, following the defeat of Rajapaksa in the 2015 presidential election, the new Sri Lankan government to avoid declaring an inability to repay a previous loan of $1 billion from China and after lengthy negotiations with Beijing finally in 2017, agreed to a 99-year lease on the port of Hambantota, along with 17,000 acres of high-quality land from the port, to a Chinese state-owned company.

Also, in May 2013, the management of Gwadar Port (in Pakistan) was transferred to China Cross-Border Ports Holding Company. In 2015, it was announced that the second phase of Gwadar Port, along with access roads and an international airport, would be financed and built by China as a vital part of the $1.2 billion China-Pakistan Economic Corridor. In the same year, the port management and 2,282 acres of port land were formally leased to China for 43 years to create a free trade zone. Complaints about what is being called ‘more expensive transactions than real value and in China’s favor’ are now being heard not only at the grassroots level but also in Pakistani official and governmental circles.”

Extremely high Chinese interest and risk of becoming “like Greece”

The same source added: “The darker point of China’s financing is the imposition of high-interest rates on lending, leading to debt accumulation that could expose recipient countries to failing to repay debts and request bailout packages from the World Bank or International Monetary Fund or settle ‘Debt exchange with stocks’ contracts.”

As you can see even from inside of this regime, they are telling that China, basically, makes deals with poor and broken countries. And as Shargh daily said the regime will be not able to pay back the debts, so like Sri Lanka and Pakistan it must give parts of Iran’s land, oil and gas fields, ports, and southern islands to China as repayment.

Now we will not speak here about the military concessions and defense facilities that the regime may have given in this contract, which are really hidden, and the people are unaware of them until the original contract is published.

Adding to all the points above, experience shows that every time the air in the international event becomes tight for China, they immediately abandoned their contracts with this regime and left. Just like the unilateral withdrawal of the Chinese from the South Pars Phase 11 consortium or their escape from the Azadegan oil field.

This state-run media wrote, “The Africans who were parties to the Chinese contract say that the Chinese are like locusts that eat the crop and leave the scorched earth.”

AFP: The United States said a deal signed on...