The Margins of the 25-Year Iran-China Contract 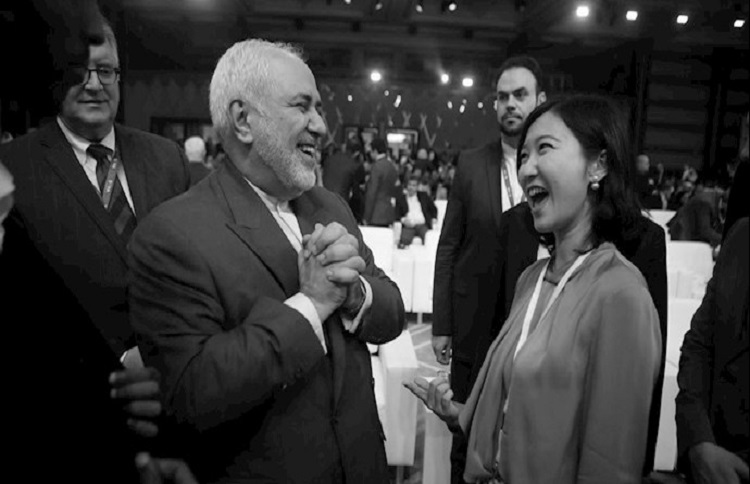 The Iranian government is trying to force the Iranian people and the public opinion to accept the 25-year contract between Iran and China, which according to its nature, while most of the parts of the contract are hidden to the public, has given rise to many concerns and skepticisms.

Beyond everything Iran’s government is telling about this contract, the truth about the regime’s behavior and actions in the past 40 years especially in the field of the country’s economy is showing this reality that this regime did not make one contract which was to the benefit of Iran and its people. Statistics, even those published by the government, show that Iran is one of the most underdeveloped countries in the world.

Former Iranian ambassador to China Mehdi Safari in an interview said: “There is a group of our compatriots who, knowingly or unknowingly, spread fake news and information that is baseless, false and inaccurate. This has created a sense of opposition among a group of strata and experts.”

“Beijing will think to itself that if public opinion in Iran opposes such cooperation, it does not have to bother itself. It is natural for them to be criticized by the Western media because they know that the West is hostile to China while it is becoming stronger. But China has signed similar agreements with various countries in the region, from Saudi Arabia and Iraq to Kazakhstan and Russia. For Iran, too, it thinks it has entered into a win-win game with Iran. If it feels that there is serious opposition among Iranians, it may pull out its feet (from the contract.)” (Eghtesad News, 21 July)

Even some of the government’s internal and external supporters find the departure of the US government from the JCPOA contract responsible for Tehran’s closeness to the China government, but the state-run Etemad daily says something else, which is one of the rare truth said by the authorities.

“One of the most serious issues in the analysis, far from the cyberspace’s emotion, is the question of whether the series of developments that have taken place around Iran in the last three and a half years have led to a turn to the East of Iran?

“Developments include the US withdrawal from the nuclear deal with Iran, the resumption of nuclear sanctions, forcing other countries to comply with unilateral US sanctions, and, of course, the weakness of European countries in resisting Donald Trump’s political ambitions and economic bullying.”

“If we consider the visit of the President of China to Iran in February 2016 as the beginning of the efforts of the two countries to reach a comprehensive strategic cooperation document, the evidence is consistent with this thesis. It can be said that the will of Tehran and Beijing to develop the relationship was not influenced by the frustration about the West with the withdrawal of the United States from the JCPOA.”

“The Chinese president met with his Iranian counterpart a week after the implementation of JCPOA, and while European companies were ahead of China and Russia to enter Iran, he discussed the issue of framing the relationship. Therefore, it can be said that it was during the boom days of the JCPOA that Tehran and Beijing were on the way to defining a roadmap for the 25-year relationship ahead.”

Showing that Iran’s economy is dependent on other countries, even with its jingoistic slogan of “Neither East, nor West” it added: “Today, our needs in some vital areas are met by up to 90% by China, and China is the only country that still has a small share of oil purchases from Iran, despite sanctions.” (Etemad Daily, 21 July)

The Jahan Sanat Daily, speaking about China’s non-interest about Iran benefits, wrote: “Beijing’s extravagant acceptance of a trade deal with Tehran is more to play with Iran’s card against pressure from Washington.” (Jahan Sanat, 20 July)

Speaking about Iran’s disastrous contracts in the past like the Treaty of Gulistan and Treaty of Turkmenchay with Russia, the UK, France, and other countries, it added: “Now, two centuries later, it seems that the new Iran-China trade agreement has become the basis for repeating the history of those treaties and concessions, meaning that after Russia, Britain, France, and Turkey, it is China’s turn to seek concessions from Iran.” (Jahan Sanat, 20 July)

Iran: Khamenei’s Deal With China and the Concerns of the People

Iran and Venezuela lead calls for cuts in production within Opec

The Times: Pressure is increasing on Opec to announce...

Male teachers to be barred from all-girls schools in Iran