25 Million Iranians Have Contracted Coronavirus, 30–35 Million Others Are Exposed to Virus: Rouhani 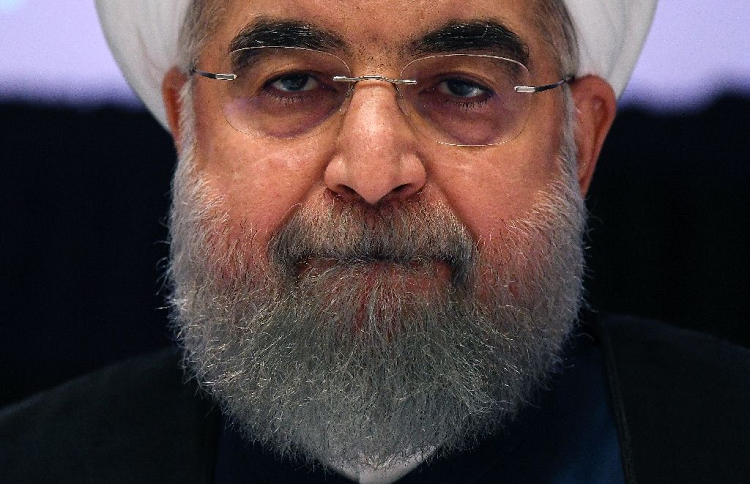 In his unprecedented remarks on July 18, the Iranian regime’s President Hassan Rouhani admitted that nearly 25 million citizens have been infected with the novel coronavirus and that 30-35 million others are exposed to the virus.

“The Health Ministry’s research deputy has provided a report that says, ‘To this day 25 million Iranians have contracted the novel coronavirus and we need to assume 30 to 35 million are in danger of being infected by this virus,” Rouhani said. He added, “Many People were hospitalized during the past 150 days. The report says, ‘Over 200,000 persons were hospitalized. The number of people hospitalized in the future will be around twice the number we have witnessed in the past 150 days.’”

Based on #Iran‘s death rate [5.12%], at least 1.28 million have died so far, but official death count is 14K pic.twitter.com/ordfVITSxT

As of July 18th, in its fabricated stats, the Health Ministry was claiming that the total confirmed coronavirus cases have yet to reach 275,000 so far. Ten days earlier, the regime’s health minister Saeed Namaki admitted that his superiors had dictated to him to pave the path for resuming financial activities and returning people to contaminated workplaces with the novel coronavirus in a fear of igniting a new round of protests.

“I have been very disappointed… Instead of telling me you go worried about health issues, we’ll support you with the economy, the Health Minister has to now worry about the economy more than the people’s health. The personnel should be told to write protocols on how to reopen and not how to close. We receive security reports, that [people] are resorting to protests due to poverty. This is serious,” Namaki said on July 8.

Furthermore, according to bnonews.com, which provides daily reports about the COVID-19 status in different countries, the death rate in Iran was 5.12 percent on July 18. Going by its figures and Rouhani’s announcement, contrary to the regime’s stats, nearly 1.28 million persons would have lost their lives so far. However, Iran’s death count stands at about 14,000.

On July 19, the Iranian opposition Mojahedin-e Khalq (MEK/PMOI) announced, “Over 73,200 people have died of the novel coronavirus in 346 cities checkered across all of Iran’s 31 provinces as of Sunday afternoon local time, July 19.” However, the real figure seems to be much higher.

In an interview with Fars on July 19, an epidemiologist and member of the National COVID-19 Task Force Massoud Mardani said, “Based on seroepidemiology studies, 28 million of the Iranian people have been infected with the novel coronavirus so far.”

He also predicted a surge in the death toll in upcoming months, saying, “If this 35 million people, who are at risk, contracted the virus there will be many fatalities because our healthcare system cannot immediately serve and deal with 35 million patients.”

Notably, in April, relying on the supreme leader Ali Khamenei’s support, Hassan Rouhani lifted many restrictions, resumed financial activities, and reopened crowded sites. He falsely reckoned that a “herd immunization” will pass the country from an unprecedented health crisis. However, he truly pursued to escape his government from extending quarantine measures.

Rouhani justified his disastrous policy under the excuse of “smart social distancing” but at the expense of the numerous citizens’ lives. In this context, many health officials admitted to an increase after lifting the restrictions.

“The theory of herd immunity is discussed all across the globe but is not effective because we cannot let the people of society on their own for all of them to contract the virus. Therefore, this method cannot be a strategy,” said Mostafa Ghanei, head of the Covid-19 Task Force Scientific Committee on July 19.

“Lifting restrictions resulted in 200 deaths in the span of the last 24 hours. If comprehensive measures are not taken, rest assured our circumstances will deteriorate further,” said Deputy Health Minister Iraj Harirchi on July 8.

Iran cracks down on summer dress

BBC: Iran's government has launched a crackdown on women...