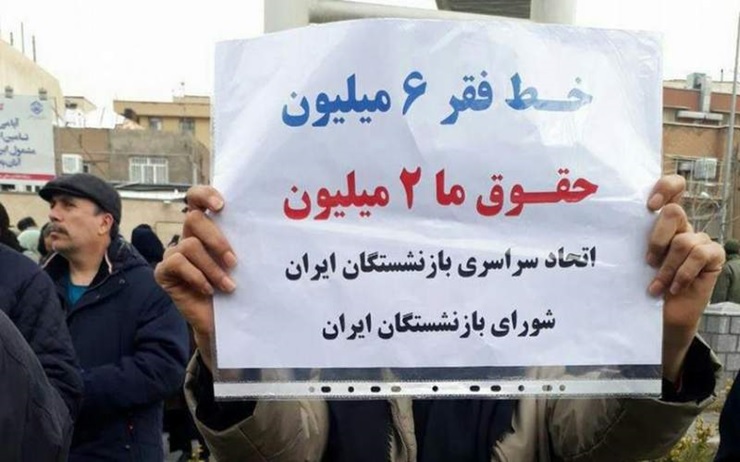 Iran’s ayatollahs refuse to provide economic statistics to cover up their irresolution and incompetence. However, social demands occasionally force the government to release parts of the truth about the dire conditions. Of course, rulers present little details under ambiguous shadows to silence public protests and grievances.

In this respect, the administration of Iranian President Hassan Rouhani, like its predecessors, avoids presenting a reliable record as much as it can. For instance, from 2018 onward, the Central Bank of Iran (CBI) has censored the administration’s budget performance in its reports.

“The CBI published a selection of economic statistics in June 2020, but the place of financial and budget reports in the selected statistics is empty as in previous accounts. In all countries, the government revenue and expenditure record as one of the most important statistics for economic analysis and research and is published with a maximum delay of one month. However, the CBI’s latest report on the government’s financial and budget performance is related to December 2018,” the Afkar News website wrote on July 28.

“The CBI removes the financial and budget sector shows the scale of the budget deficit and oil revenues from its selected report. In fact, since December 2018, there is no information about the government’s budget deficit, which means that the administration still persists on censoring parts of its economic statistics,” Afkar News added.

The government-linked economic experts already shed light on losing the 2010s’ opportunities. They also explain how the officials’ mismanagement has impacted production sectors and pushed the livelihood of millions of citizens below the poverty line. In this context, each faction tries to gain more privileges through cynical revelations over its rival’s corruption. However, the current dire condition is the aftermath of 41 years of mismanagement by all factions and individuals who took part in the ruling system.

Given the lack of a specific economic plan, the Rouhani administration generated liquidity under the coverage of hollow comments. Recently, the CBI controlled by Rouhani’s administration announced, “The liquidity amount has reached 26.75 quadrillion rials [$107 billion], equivalent to a 34.2-percent increase compared to the same period last year.

In its 2019’s report, the CBI declared a 25.1-percent increase in liquidity. The mind-blowing growth in liquidity amount has pushed many Iranian families to further simplify their food basket. In this respect, many citizens cannot consume meat, rice, and fruits.

Recently, in a program broadcast on state-run TV, former CBI chief Tahmaseb Mazaheri revealed that then-President Mahmoud Ahmadinejad had asked him to print banknotes illegally and provide for several individuals.” He described this issue as one of the roots of liquidity growth.

“It is absolutely right that high liquidity will destroy the economy. Inflation is one of the most hazardous economic parameters. When we become an inflationary country, investments will disappear and result in a livelihood crisis,” the Ebtekar daily wrote on July 28.

Previously, Rouhani had claimed that he did not receive any loan from the CBI. However, recent reports exposed that during the past year, the Rouhani administration’s debt was 30 percent higher than usual. “In the period under review, the Governmental sector’s debt to the CBI was 1.314 quadrillion rials [$5.256 billion], exposing a 30.1-percent increase,” the Eghtesad Saramad daily wrote on the same day.

Notably, 28 of the 30-percent increase took place in the past year alone. It seems that bankruptcy and a massive budget deficit have compelled the Rouhani administration to print unsupported banknotes in order to compensate for its economic dilemma.

However, the Iranian people, particularly the low- and mid-income branches of the society, are the first victims of the government’s economic failures. A ballpark estimation shows that there is at least a forty-million-rial difference between Iranian workers’ incomes and expenditures. In the past three months alone, foodstuffs’ prices have increased by more than 40 percent and housing prices have doubled. “I have a family of five, and I only purchase bread for a while,” the semi-official news agency quoted a worker as saying on July 28.

These facts, along with government officials’ luxury lives and systematic corruption have prompted citizens to openly show their anger against regime authorities. In this regard, the ayatollahs view economic obstacles as security threats that would be inflamed each moment and spark a new round of nationwide protests.

Iran media: FDR was urged to wipe Israel off map!