Iran’s Extremely Confused and Upset Situation Over the Coronavirus Pandemic 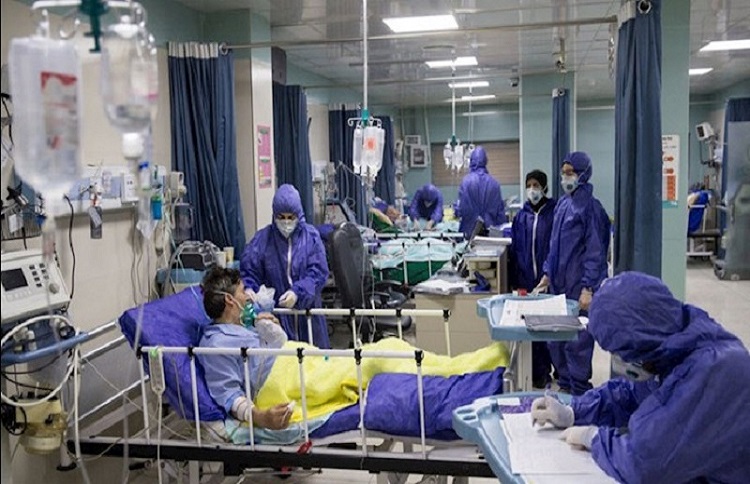 The horrendous number of the death caused by the coronavirus in Iran and its result in the society have forced state media to react in fear of this situation.

The state-run daily Resalat on 29 July wrote: “The situation is dire, and the situation in 26 provinces is not good.” It urged the anti-coronavirus HQ to impose “more serious and stringent restrictions.” It warned, “If it starts later and its next plans and actions go wrong, the situation will be out of control and then any decision and urgent action will not respond to a possible crisis.”

It added: “When we use the word crisis, it means that the situation is extremely chaotic. Examples are 600 new patients admitted to Tehran hospitals daily, or a 300% increase in the number of coronavirus patients in Mashhad.

“Currently, more than 5,000 villages with a population of over 1.1 million people are without water, and 6,000 villages in the country are supplied with water by water tankers. Severe shortages and sometimes lack of various hygiene items such as masks, gloves, and disinfectants that have plagued the villagers”, their lives are in danger.

Quoting a government official, this daily wrote: “We did not manage to control the virus in any area in Tehran. In our country, we have not yet been able to control this disease like other countries in the world. East of Golestan province [with] one million population, the total number of available beds is less than 1,500, therefore, hospital beds cannot tolerate more than this to hospitalize patients.”

Vatan Emrouz daily wrote about the severe and critical situation: “In such cases, however, the offices are still operating at full capacity and no new restrictions are being imposed to reduce the prevalence of the disease. The entrance exam is scheduled to be held and the Muharram and Safar ceremonies will be held with special conditions. However, the Minister of Health has explicitly stated that holding crowded ceremonies in Muharram is prohibited.” (Vatan Emrouz, 29 July)

But the situation is so critical that even government clerics are forced to react:

Cleric Mohammad Ali Ayazi said: “Advising people to obey is not a good license to release rituals. This puts everyone’s lives in danger and causes disaster. It should be subject to the opinion of committed and knowledgeable social experts.”

Cleric Mohammad Moghadam said: “When there is a contagious disease in the community, we must respect social distances and distance ourselves from existing populations. We must inform the society so that God forbid, in the name of religion and Imam Hussein (PBUH), do not be considered the nest for the growth of this disease. Such a thing is forbidden, and it is against the common sense and conscience of human beings.”

Furthermore, Masih Mohajeri the Editor-in-Chief of Jomhuri Eslami daily said to Rouhani: “Mr. President! As the Commander-in-Chief of the anti-coronavirus H.Q., you are responsible for the lives of the people. By holding the Muharram mourning, it is not possible to observe health protocols. With these decisions, dark autumn awaits our country.”

25 Million Iranians Have Contracted Coronavirus, 30–35 Million Others Are Exposed to Virus: Rouhani

The Sun: A hi-tech British designed "super boat" may...