Iran – All This Poverty and Misery, a Storm Is Brewing 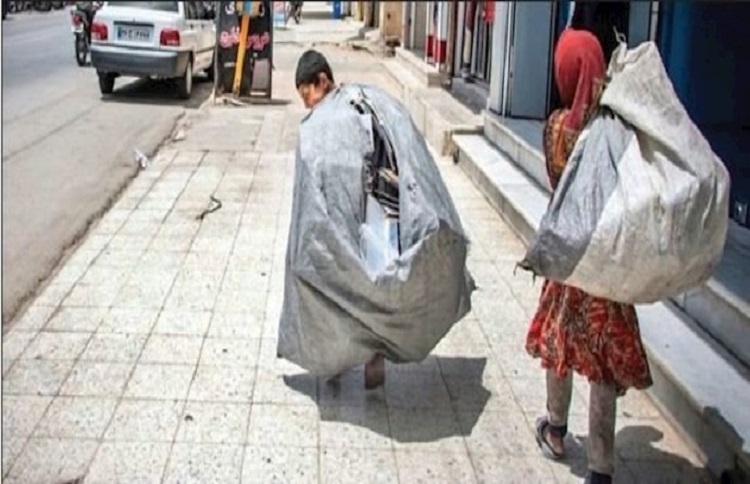 Iran’s officials and media have analyzed in the past days the critical economic situation and the super-inflation that the government is facing.

Both government factions are making its contra responsible for the situation. But in the end, they make the same conclusion that the country’s economic situation is critical, and the livelihood of the people is not tolerable anymore.

They both are warning that in the upcoming month the situation is getting worse, from the present situation, and if the government did not find out any solution and decide late, it will be facing with super-social crisis and the protests and uprising are inescapable.

State-run daily Jahan Sanat wrote: “Providing social and economic welfare is a necessity of a country’s life, and if the government relinquishes its responsibility to raise the level of welfare, the people will take steps to replace it.”

This daily added: “The government’s lack of access to petrodollars, the inability to collect taxes due to the structure of the stagflation, the cessation of non-oil exports due to the coronavirus crisis, and the government’s continued policy of subsidizing, along with negative economic growth, put additional strain on the economy. Therefore, while Iran is the fourth country with the highest inflation rate in the world, the continuation of the current path can bring us to the second place of the countries with the highest inflation rate in the world.” (Jahan Sanat, 29 July)

In another article, this daily wrote: “Iran’s name was included in the list of the most inflated countries in the world. This is an issue announced by the Economy Deputy of the Statistics Center, who attributed it to the rapid growth of consumer goods prices.

“According to the latest estimates, Iran is ranked fourth in the world with the highest inflation rate. Iran’s inflation rate has reached 34.2 percent, according to the International Monetary Fund’s latest estimate. In this way, Iran has moved one step down from its previous position and is in the inflation ranking of countries, after Venezuela, Zimbabwe, and Sudan. The Economy Deputy of the Statistics Center said: ‘At the moment, the price of 475 goods is rising due to the inflation rate, which puts us in the list of the four most inflated countries in the world, and it is a very large number.’”

Regarding the unhealthy economic situation, the report of the Research Center of the Parliament states the following: “Fixed capital formation has always had a downward trend since 2011. This will be especially alarming in terms of the potential for economic growth in the coming years. Capital accumulation in the oil and gas sector, industry, mining, construction, and communications has been negative since 2012, the high inflation rate in recent years has led to significant growth of the poverty line in Tehran and other parts of the country.”

The average global inflation rate is only three percent, and the International Monetary Fund predicts that Iran’s inflation rate will reach 33.5 percent in 2021.

According to the media and government figures involved in economic affairs, the real inflation rate is currently much higher than the official inflation rate, which is above 40 percent.

According to the latest report of the Statistics Center, the misery index has reached 45.4 in the last three years, which shows the real state of the stagnant economy and the miserable living conditions of the people. A situation that, according to government experts, has led to the collapse of the middle class and the migration of some of them to poor areas.

According to Massoud Khansari, head of the chamber of commerce in Tehran, six deciles of the population live below the poverty line.

When about 70% of the country’s budget, which should be spent on the people, is spent on institutions that are in the hands of the supreme leader, the Revolutionary Guards, and government institutions, the result will be nothing but poverty and misery for the people.

Regarding the dimensions of the looting of these institutions, a state-affiliated economic expert named Ehsan Soltani said: “Last year, we estimated that only 20 firms received 100 trillion Tomans in net profits.” (Resalat, 14 April 2020)

US Congressman: Obama making too many concessions to Iran in nuclear deal