Iran Government’s Economic Misery Through the Lens of State Media 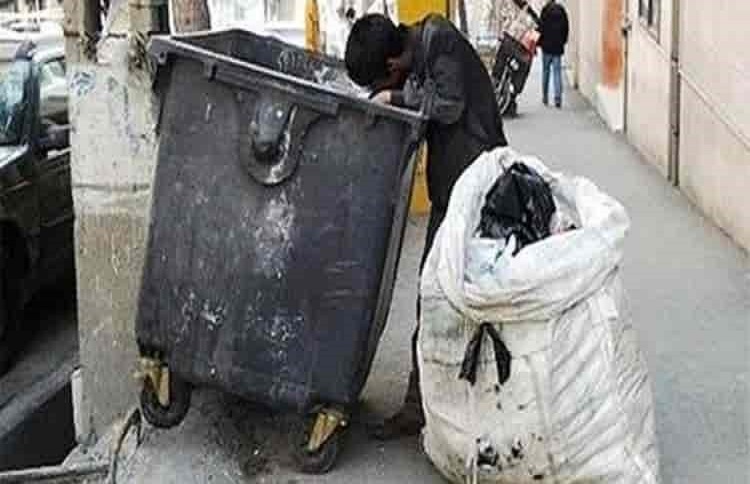 On August 7, Iranian government newspapers, among other political issues, addressed the issue of the government’s bankruptcy and economic misery.

Aftab Yazd, quoting an economist, admitted and wrote about the economic suffocation of the system: “Our current economic and political situation is much worse than it was during the war (Iran-Iraq), because during the war, although there were trade restrictions, we were able to sell oil and import the goods we needed, and the population was not so large. But in the current situation, we are not able to sell oil, nor can we import the required goods in the reserve currency, nor can we import the currency from the goods we possibly sell through the banking system.

“But we have to admit that three decades after the war, we recklessly lost a lot of resources and failed to bring the economy to a point where people are not under so much pressure and below the poverty line under sanctions. Now more than 40 percent of the population is below the poverty line, and measures must be taken, otherwise socio-political and economic tensions are inevitable.”

Jahan Sanat, quoting another economic expert, addressed another aspect of the economic stalemate and wrote: “It seems that a large part of the problems of the Iranian economy today is rooted in external factors arising from domestic decisions. According to statistics, the shadow of the high costs over the livelihoods of all income groups is heavy.

“Rising prices and the appearance of hyperinflation in the Iranian economy (which varies from 70 to 300 percent according to forecasts), although accompanied by a wave of concerns, however, wages have never been high enough to compensate for the increase of costs imposed on people.”

Secretary-General of the House of Economics

Arman quoted the secretary-general of the House of Economics and wrote: “Inflation creates unemployment and unemployment forces the government to print money, just like what has happened in recent years and this vicious cycle continues. The reason why the government does not pay attention to production is that, in principle, our government has never cared about production, and whenever we have money, we have just traded and never produced.

“Our problem now is that production has always been sacrificed for trade. Why? Because whenever the government has money, it wants to convert the dollar into rials quickly and to convert dollars into rials, it must develop foreign trade. As a result, it does not matter that our refrigeration factories were shut down, it is important that Chinese refrigerators enter the market at a cheaper price.”

Etemad wrote: “The important point is that in recent weeks, the insistence of the workers of Haft Tappeh Sugarcane Cultivation and Industry Complex to assert their legal and trade union rights has become a model for the rest of the protesting workers in other production units in Khuzestan and adjacent provinces. So, that since the beginning of this week, employees, and workers of Abadan and Parsian refineries, Lamerd Petrochemical, South Pars Refinery Phases 22 and 24, and Qeshm Heavy Oil Refinery have also demanded payment of their arrears and salaries in protest rallies. They have stated that they will continue to protest until their demands are met.”

Arman newspaper added: “Such anti-corruption measures will not satisfy public opinion. An example is we can name the court hearing of the case of disruptive factors in the field of petrochemicals. It is alleged in this court that the violators present in this court had an amount of 6.5 billion Euros of corruption or currency waste. But the important point here is that this violation with this volume and figure cannot be done overnight and all at once. These kinds of issues, if they have reached this point today, it is because they have become subject to the lapse of time.”

By Jubin Katiraie Non-profit and non-governmental institution, the Iran...

AFP: Iran is to host some 30 leaders, including...