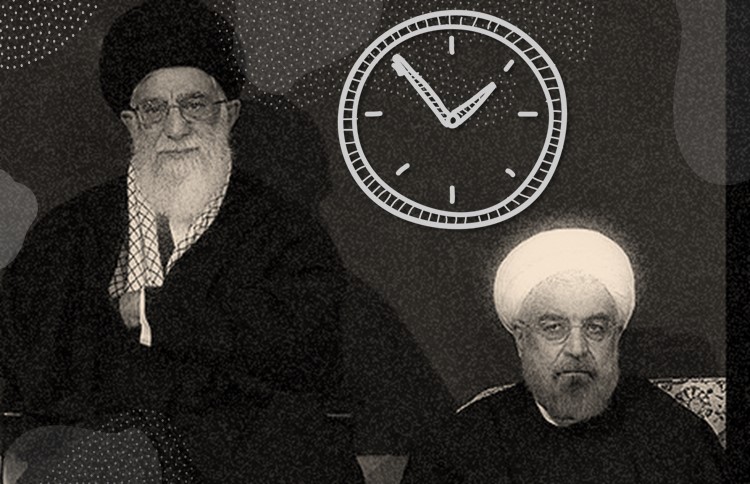 The Institute for Strategic Studies affiliated to Iran’s Ministry of Science, Research, and Technology, with the release of the National Security Calendar, gave a clear picture of the country’s economic and social situation over the past decade and predicted a bright outlook of the future of Iran’s government.

This institute which is now more than 20 years old, has warned many time the regime’s officials and requested from the officials since it is not too late, they should pay attention to this requests and warnings, otherwise and national security (which is a cover word for the regime’s security in its lexicon) will be hurt seriously. This institute claimed that the complexities, the challenges, and the today’s global crisis, has made the need for consciously decision-makings and policy coherence inevitable, and therefore with the publication of this research and the holding conferences in the regime’s decision-making centers, warned the regime’s officials and said: “It’s up to you, which decisions you are taking about your future.”

This institution pleaded with government officials and said: “It seems that paying more attention to these centers and empowering them through inclusive, professional and scientific management and strategic knowledge in the country is a good solution.”

Farzad Poursaeed, a member of the faculty of the Research Institute for Strategic Studies and a member of the Board of Secretaries, who is one of the collectors of this security paper, in an interview with the state-run media on 27 June, said that the main purpose of this paper is the systems strategic events in the field of security.

About the government’s domestic challenges, he said: “In addition to the acceleration of inflation, the spread of poverty and despair about the future of living conditions, the most important factor is the state of the housing market and rents, which in the last two years has led to the formation of reverse marginalization and impoverishment of the middle class.”

About the outlook for the economic situation in the coming months and the social and security consequences ahead according to this paper, he said: “In this issue of the yearly review, the outlook for the country’s economic situation is estimated at the level of indicators affecting the socio-political situation, along with increasing the monetary base and liquidity and, consequently, intensifying the stagflation, poverty and rising unemployment, which, of course, will be accompanied by a decrease in the rate of economic growth and an increase in the exchange rate of the dollar and an unprecedented budget deficit in 2020.”

He added: “Most likely if the foreign exchange market is not controlled, we can expect another currency jump in 2020. Also, the government budget deficit will increase. In total, it is estimated that the annual inflation rate in 2020 will reach more than 35 percent.

“Most likely in 2020, if the risks of a sudden rise in inflation and the exchange rate cause the closure of small businesses, the number of unemployed will reach more than four million people. In this case, even if the Iranian labor market does not face an unemployment tsunami in the medium term, the problem of poverty will become more widespread if the current situation continues.”

Regarding the social and security consequences of this situation, it is explicitly emphasized in this yearly review: “With the intensification of economic pressures on the country in 2020, especially given the negative economic effects and consequences of the coronavirus epidemic, if the hopes about the conservative parliament to solve the problems failed in the second half of the year or a new economic and livelihood shock to society, we are likely to see unrest again in the country.

“However, unrest around economic or social demands is likely to intensify. Due to the increase in student protests in 2019, protests of economic origin may be correlated with other protests of certain social groups and due to its breadth and reliability, its management and control will be eroded and inefficient.”

It advised the regime’s officials, that they must have an idea and a plan other than suppressing the protests of the people:

“The audience of this annual review is especially the officials and staff of the three branches and its relevant forces and institutions and agents in ensuring the national security of the Islamic Republic in 2020 … so as not to suffer surprises and strategic failures in this area and take full advantage of existing opportunities or create opportunities.”

About the repression of the people and its consequences, it added: “Disciplinary and security approaches in the face of unrest, although necessary, are not enough, and the mere emphasis on these approaches can lead to greater public dissatisfaction in the short term and to their ineffectiveness in the long run. In fact, the adoption of these approaches should be aimed at buying time for the effectiveness of economic, social, and political approaches.

“Accordingly, the most important strategic recommendations for prevention that can be provided in the current situation are: Restoring people’s trust in the government by fulfilling the promises made, especially the promises to support the weak sections of society. Avoiding the simultaneous application of tense and high-pressure economic policies on guilds. Accepting the principle of dissatisfaction and preventing the accumulation of dissatisfaction in all guilds, especially in the labor sector.

“The spread of marginalization in the country, with this rhythm, can have irreparable risks and costs for the national security of the Islamic Republic of Iran. In such circumstances, anti-corruption, anti-poverty, and anti-employment should be the mainstay of government policies.”