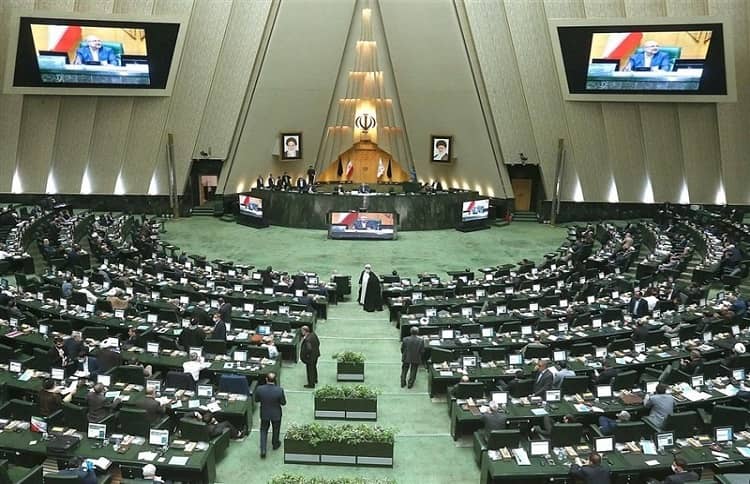 The line of construction credits of Iran’s parliament, which entered the budget in the 2000s, has many words and sayings.

Right from the beginning of the construction of the ‘pyramid parliament,’ the construction budget was extended to the budget lines of the Iranian parliament, and it is said that this money will be spent on building an organizational house for Members of Parliament, helicopter landing pads, clinics, and so on. This budget as it is said is 41 billion Tomans.

Since the number of MPs is 290, and even if we accept that the number of MPs increases in proportion to the population every four years, after three decades, a house should have been built for all MPs, but why does the parliament not stop to receive the construction budget?

In the Sohanak project, which was supposed to provide housing for MPs, many MPs have sold their concessions to various people outside the parliament, and as a result, there are creditors from various parts of the society in the project.

While the figure provided for in the government bill was 501 billion tomans, the parliament has increased its budget by 70 billion tomans.

Mehdi Pazuki, an economic expert affiliated to the government, said: “The parliament has had a development budget for several decades. 41 billion tomans (construction budget of 2019) is a lot of money. In my opinion, if they had built an office for 290 representatives and all 290 people had apartments, by now this process would have been over. In my opinion, the parliament should start the culture of contentment from itself. If the parliament starts from itself, it can stop the other executive apparatuses. The bigger they become, the worse the national economy is. The parliament had bought many houses on Khomeini Street, which I think should sell all of them. When the parliament itself is splurging, it cannot expect from other frugality.”

Comparing the construction budget of the Iranian parliament with other countries in the world, Gholizadeh says: “Look how close to each other the representatives in the British parliament sit, but in Iran, the parliament follows large constructions. Parliament does not need this size. Widespread corruption has occurred because there is no proper oversight in this regard and the issues are in their own hands. The number of representatives has not changed compared to 30 years ago. Recently they are planning to build a meeting building, this is a remake and wasting. They have built all kinds of helicopter pads, hospitals, libraries, etc. While all these facilities are close to the parliament.”

Imposing costs on the general budget of the country

Parliament credits are not limited to the credit lines written in the budget law. According to Mehdi Pazuki, the figures received by the parliament are higher than the figures in the documents.

The rush to Tehran amidst rise in executions

Iran military warns will shoot down enemies from the sky