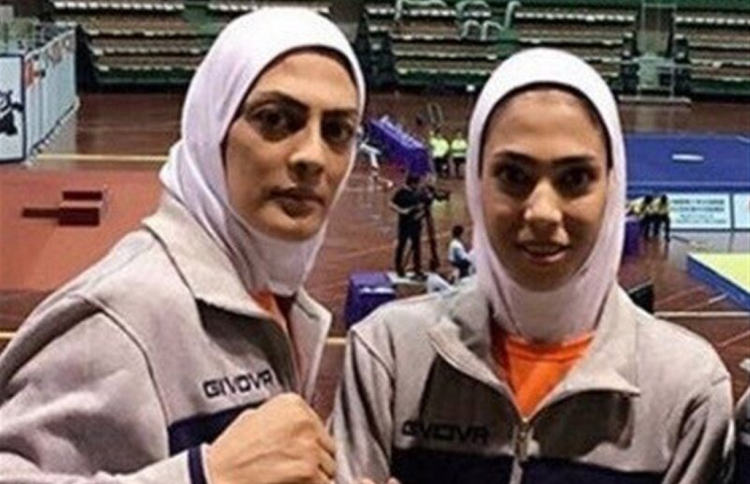 These days, Iran’s wushu community has taken aback by a female wushu athlete’s positive doping test. However, this is not the entire story.

In this respect, another female wushu athlete and a five-time world champion, Shahrbanoo Mansourian, revealed parts of the truths. In response, the Wushu Federation banned her from any continuation of sportive activities and referred her case to the judiciary under the pretext of “disrupting national security.”

“Recently, there were several positive doping tests in the field of wushu. Two years before, Maryam Hashemi, whose doping test was announced positive, had said goodbye to wushu. But after those two years, she returned the field to compete in the qualifiers,” said Mansourian.

“The story began when Maryam Hashemi competed against my sister Soheila. Soheila won the first competition, but they protested. Subsequently, Hashemi was defeated in three qualifying contests in front of an audience of 2,000. However, they chose her for the World Cup competitions. Now that I have protested officials for violating my sister’s rights, they speak out against me,” Mansourian added. She is known as a genius in Iran’s wushu.

She also criticized state-run media. “A person who once worked for the Wushu Federation and published good news about us when we went to the competition is now writing against me. People who previously wrote admiring pieces about us… are now slamming me and my sister Soheila and describing us as anti-society icons… They began writing against us once I protested and told the truth.”

In fact, there are many female Iranian athletes whose rights have been violated by the ayatollahs-controlled federations under ridiculous pretexts, which persuaded them to leave their homeland and take refuge in Europe where they are respected for their talents and skills.

In December 2019, Olympic athlete Kimia Alizadeh, chess referee Shohreh Bayat, and International Chess Master Sara Khadem left Iran due to the ayatollahs’ misogynistic regulations. “Officials wanted me to win medals but would not show me any respect,” said Alizadeh, a Taekwondo champion who has won several world medals, including an Olympic Bronze.

“These are the most basic of human rights… Our lives will end the day we become silent about the things that matter,” posted chess referee Shohreh Bayat, 32, on her Instagram page.

“They don’t let me focus on my work in a quiet place. They don’t understand. They’ll never understand. Nobody has the right to make me stay or go,” said Sara Khadem, ranked as the world’s no. 13 chess player.

“When I spoke out, they formed a disciplinary committee questioning me, ‘Why did you announce the news about Hashemi’s positive doping test?’ However, I posted the news on my personal page while all media had previously reported it. They forbade my wushu sportive activities for two years under the pretext of ‘not observing Islamic disciplines,’” Mansourian continued.

“Why do you ban an athlete for two years? I love to compete for my country. Why do you push me to leave my own country?” asked the holder of 10 international titles. “Everyone, including the Federation and Deputy Sports Minister, hated me once I posted the news on my Instagram… Why did they praise me when I was competing, and now, they tarnish my name once I tell the truth?”

She also declared her disappointment regarding the ayatollahs’ misogynistic laws and systematic gender discrimination. “Why did they force me and my sister Elaheh out while men were in the salon? We are living in an Islamic state. Therefore, as women are banned from watching male soccer matches, men should be prohibited from participating in female competitions. Why did they force Elaheh and me to watch our sister’s [contest] through a small window? They attacked us by trumped-up charges while we have always behaved according to the Islamic state’s code… However, they dispatched a person to global competitions and the Federation lost its reputation.”

In March 2019, 29-year-old Sahar Khodayari attempted to enter Iran’s national football stadium in Tehran to watch a match of her favorite football team. She was stopped from entering when the stadium’s security guards arrested her and consequently detained Khodayari in Shahr-e Rey prison (also known as Gharchak), where several hundred women were convicted of violent offenses in overcrowded and unhygienic conditions.

On 2 September 2019, a Revolutionary Court in Tehran summoned her to face charges related to her attempt to enter the Iranian capital’s Azadi football stadium. She was charged with “openly committing a sinful act… by appearing in public without a hijab” and “insulting officials”. The case was adjourned and, after she left the court, she poured petrol on herself and set herself on fire outside the courthouse. According to hospital officials, she suffered burns on 90% of her body and died on 9 September.

Iran’s Cat and Mouse Routine Is All Bluff