Iran Focus: Tehran, Aug. 05 – The following is the text of a statement released by Ali Saremi, 62, a political prisoner currently on death row, after the Iranian authorities upheld death sentences for a group of political prisoners for supporting the main opposition group People’s Mojahedin (PMOI). 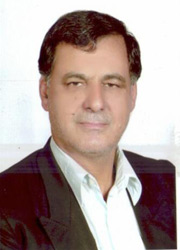 Tehran, Aug. 05 – The following is the text of a statement released by Ali Saremi, 62, a political prisoner currently on death row, after the Iranian authorities upheld death sentences for a group of political prisoners for supporting the main opposition group People’s Mojahedin (PMOI).

Saremi has been imprisoned since 2007 after speaking at an event commemorating the summary executions of thousands of PMOI supporters in Iranian prisons in 1988. He was sentenced to death in December 2009 over his ties to the group. He has a son in the PMOI who lives in Camp Ashraf, Iraq, whom he has visited. Ali Saremi has spent 23 years in prison for his political activities both before and after the 1979 Islamic Revolution, according to Amnesty International.

He is currently incarcerated at Gohardasht Prison in Karaj, west of the Iranian capital.

In the name of God

I have read once more in newspapers that the [regime’s] prosecutor has said that the death sentences of six PMOI supporters have been confirmed and will soon be implemented. The prosecutor must be asked: Have you really given this nation anything other than death, poverty, terror and batons over the past thirty one years that you have been in power?

Looking back at the events of the past 31 years, one would realize that the execution of us six is not a novel and astonishing tale! This is the only thing that you are capable of doing. Have you dreadful reactionaries brought anything for the Iranian people other than death?

While you continue to subject this nation to humiliation, death, gloom and illusions, beware that the day of the people’s retribution is near. You are showered each night and day with the people’s hatred and abhorrence. Don’t think for a moment that people are ignorant and would forget the batons, chains, knives, Kahrizak [death camp], the persistent murders, plainclothes agents and thugs who rain down on people with batons.

On Judgment Day, you will be standing beside the pharaohs, Nero, Genghis Khan, and others who have betrayed nations throughout history. It will not be long. Where will you so-called prosecutors who justify baseless sentences handed down by your so-called courts find a place among humans and Muslims?

“This nation will not join hands with tyrants. You have made life intolerable for people by creating plenty of empty dinner tables, abandoned children, drug addiction, and jealousy. How dare you continue to rule, talk and make promises? Are you not mortified? Shame on all of you.

Reuters: Iran and the United States will hold a...