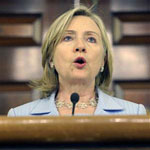 VOA News: Human rights groups and the families of a number of Iranian opposition activists condemned to death as “enemies of God” are warning that their loved ones may soon be hanged after their sentences were recently confirmed by Iran’s supreme court. 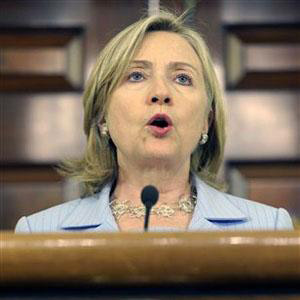 Human rights groups and the families of a number of Iranian opposition activists condemned to death as “enemies of God” are warning that their loved ones may soon be hanged after their sentences were recently confirmed by Iran’s supreme court.

The Iranian government has come under scrutiny once again for its human rights record, as political prisoners condemned for being so-called “enemies of God,” or mohareb, appear to be nearing the gallows.

Secretary of State Hillary Clinton condemned the death sentences Tuesday, urging the Iranian government to halt their apparently imminent executions. Iran, she insisted, should “live up to its obligations under the International Covenant on Civil and Political Rights.”

“Since he was arrested, he was under torture. About three weeks ago, Iranian regime stopped any family visit or any contact with him by anyone,” he said. “I am very worried about him.”

The younger Kazemi, who lives in exile in neighboring Iraq, insists that his father’s only crime was to have visited him.

“I left the country about two years ago and came to Camp Ashraf in Iraq since my life was in danger in Iran,” he said. “Iranian regime has arrested my father just because of visiting me in Ashraf.”

Faraz Sanei of Human Rights Watch in New York says that the Iranian Supreme Court has apparently approved the execution of the seven men.

“The sentences apparently were affirmed by [Iran’s] Supreme Court and have been sent to what is called the enforcement or implementation division of the judiciary, which means that they are in danger of being executed fairly soon,” said Sanei.

Former French Ambassador to Tehran Francois Nicoullaud says that the cases against most of those condemned are often flimsy.

Nicoullaud argues that many opposition activists and political prisoners have little to no access to an attorney.

Iranian human rights attorney Mohammad Mostafaei, who has represented many political prisoners, was recently forced to flee the country after his own arrest warrant was issued. His wife and brother-in-law were taken into custody to pressure him. Tehran’s prosecutor also now claims that Mostafaei is guilty of “financial fraud.”

HOW WILL TRUMP DIFFER FROM OBAMA ON IRAN?

The Trump Administration Will Have to Clean Up a...