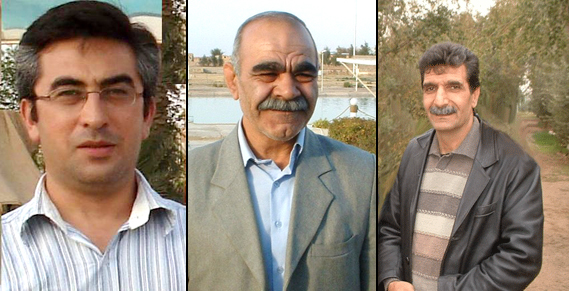 Haj-Aqai, 62, was arrested on 18 September 2009, charged with “moharebeh”, or waging war on God, for supporting the opposition People’s Mojahedin Organisation or Iran (PMOI) and visiting his relatives among the PMOI in Camp Ashraf, Iraq, several years ago. He was originally sentenced to death in April 2010, but his lawyer had filed an appeal.

The opposition National Council of Resistance of Iran, the coalition which includes the PMOI, said in a statement on Monday that the authorities had unsuccessfully pressured Haj-Aqai to take part in a “show trial” and make a “forced confession”. Haj-Aqai was condemned to death in a “kangaroo court”, it said.

Amnesty International said last month that it was aware of six other men sentenced to death in Iran for alleged links to the PMOI. They were Ja’far Kazemi, Ali Saremi, Javad Lari, Abdolreza Ghanbari, Ahmad Daneshpour Moghaddam and Mohsen Daneshpour Moghaddam.

The NCRI also identified Mrs. Farah (Almira) Wazehan as another political prisoner condemned to death for having relatives among the PMOI in Camp Ashraf.

“The death sentences are endorsed at the time when for the past eight months Iranian regime’s Ministry of Intelligence and Security and the terrorist Quds force, in conjunction with the Iraqi government and forces, have stationed a number their agents posing as members of families of Ashraf residents at the entrance of the camp to put the residents under psychological torture”, the group said while urging the United Nations to adopt “immediate binding measures to prevent the execution of political prisoners and members of families of Ashraf residents”.

US Secretary of State Hillary Clinton last month called on Iran to release all political prisoners and expressed alarm about the fate of Mohammad Ali Haj-Aqai, Ja’far Kazemi, and Javad Lari.