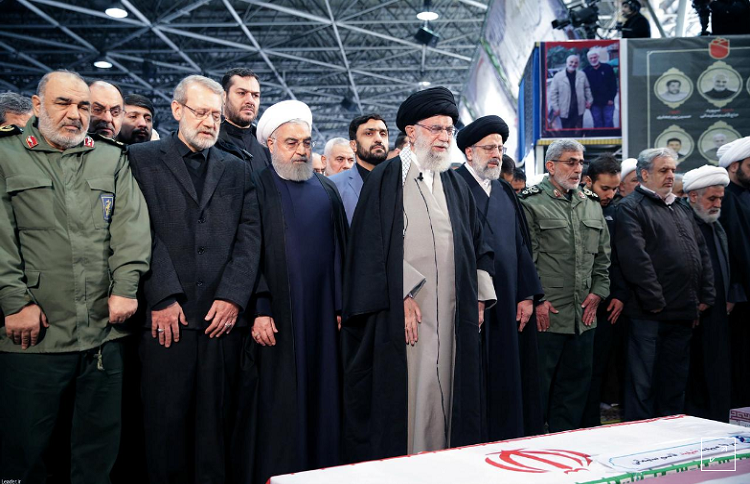 The elimination of Qassem Soleimani, the head of the Revolutionary Guards (IRGC)’s Quds Force, is considered an irreparable and important blow to the Iranian regime.

This incident has taken place while only some weeks ago the Iranian people raised their voices in more than 190 cities for fundamental change. In other words, the evolution in the international community’s engagement with the regime and the new balance of power both follow the November 2019 nationwide Iranian protests.

For many years, the Quds Force has been responsible for grave crimes against people across the Middle East. Qassem Soleimani himself was involved in many massacres and genocides committed by the mullahs’ proxies in Iraq, Syria, Lebanon, etc. The reality is, today, many lives have been saved as a result of Soleimani’s death. However, many politicians and observers are turning a blind eye on this undeniable reality. They also attribute the mullahs’ mourning for the most criminal IRGC commander to the Iranian people who lost at least 1,500 of their loved ones in two days on the hand of Soleimani and his colleagues.

Aramco, A Sweet Syrup That the Mullahs Cannot Easily Swallow It

Parallel to the November protests in Iran, United States officials frequently announced their support for the demonstrations’ goals. Many statements released in media outlets or on Twitter indicated the relationship between Tehran and Washington has changed and entered a new phase.

The truth is the U.S. presence in Iraq prevents the Iranian regime from completely occupying this country. In this regard, while Iraqi protests ignited in October 2019 and immediately targeted the mullahs’ influence, Iran-backed proxies were ordered by the IRGC-QF to increase pressures on U.S. troops and bases across Iraq. The mullahs were attempting to restore their fallen hegemony and “strategic depth” by orchestrating a wave of attacks against the U.S. in Iraq. Kata’ib Hezbollah (KH), an Iraqi version of the Lebanese Hezbollah, the prominent proxy of the Iranian regime in the region, operated a missile attack on Iraqi bases hosting Operation Inherent Resolve (OIR) coalition force near Kirkuk, northern Iraq. The KH’s attack resulted in the death of a U.S. citizen, injured four U.S. service members and two members of the Iraqi Security Forces.

All the while, on September 2-10 Khamenei could have evaded the consequences of the missile attacks targeting Saudi Arabia’s Aramco oil facilities. In this context, he tried to rebuild his authority in Iraq by using terrorist groups. However, in contrast to the past, Khamenei’s miscalculation brought heavy and irreparable consequences for his regime and rendered a harsh U.S. response. On December 31, the U.S. conducted several airstrikes in Syria and Iraq targeting five KH bases, killing dozens of IRGC agents and members of Iran-backed militia groups.

Assaults That Will Repeat in the Future

In contrast to Khamenei’s illusion about being the “regional power,” some officials were warning about escalations in tensions with the U.S. “It is absolutely wrong if we consider these attacks [against the bases of Iran’s proxies in Iraq and Syria] are reactionary. The U.S.’ response can start a new phase in Iraq and the entire region,” the state-run Etemad newspaper quoted Saber Golmohammadi, an Iranian government-linked expert, on December 31.

Subsequently, Golmohammadi mentioned the Pentagon’s statement that did not address the Iraqi government and concluded, “[U.S. officials] see these attacks as a part of their confrontation with Iran rather than responding to ‘Iraqi entities’ who oppose the U.S. presence in this country.” He immediately warned regime authorities about upcoming attacks. “The United States’ attacks will most probably repeat in the future,” he said.

The truth is that the Iranian regime is currently facing a tough impasse. Regardless of the consequences of Iran’s continued meddling in neighboring countries, Iranian officials are constantly insisting on their malign measures against other nations in the region. This displays the regime’s political-strategic reserves are defunct, and they have lost their equilibrium. Evidence and announcements made by officials also signal that it is inevitable for the regime to make more strategic mistakes in the near future.