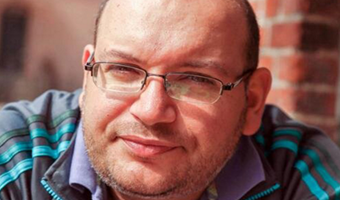 “Serving a jail term is in Jason Rezaian’s sentence but I cannot give details”, IRNA quoted the spokesman, Gholamhossein Mohseni Ejei, as telling journalists during a weekly news conference in Tehran.

On 11 October, Ejei said Rezaian, the paper’s Tehran bureau chief who has both US and Iranian citizenship, had been convicted, without giving any details. He said then that Rezaian had 20 days to appeal against the verdict. Rezaian, who was arrested in July 2014, had been accused of espionage. The Post and his family denounced the charges against Rezaian as absurd.

In Washington, US State Department spokesman John Kirby told reporters he was aware of the IRNA report but could not independently confirm it. It was not immediately clear why Iran has not given details of the ruling against the 39 year old Rezaian, who Iranian prosecutors accused of espionage.

The Washington Post said last month that the verdict, issued soon after Iran raised hopes of a thaw in its relations with the West by striking a nuclear deal with world powers including Washington, was “vague and puzzling”.

UPI: The contention by Iraq's national security adviser that...

Iran says will execute at least 10 in coming days