West must demand “change” before deepening relations with Iran – MEP 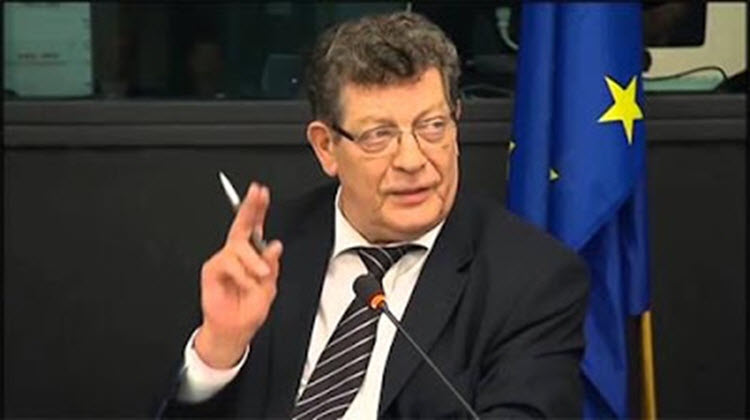 London, 3 Jul – “No amount of trade and economic growth can make up for the suffering and loss of life caused by Iran’s brutal regime. The West must demand change before deepening relations with Tehran” ~ Gérard Deprez.

(Gérard Deprez is a veteran member of the European Parliament, is vice-president of the Belgian Liberal Mouvement Reformateur Party and chairs the Friends of a Free Iran group in the European Parliament.  Please see his article, “Human Rights Deteriorate in Iran Despite European Optimism” written on June 29th, for euractiv.com)

“Last week I, together with 270 of my colleagues in the the European Parliament from all political groups, including six vice-presidents of the Parliament, signed a joint statement decrying the human rights situation in Iran. We called on European governments to require improvements to that situation before further expanding relations with Tehran and expressed our concern for the  rising number of executions in Iran since the so-called “moderate” president Hassan Rouhani took office three years ago.” says Deprez.

Dr. Ahmed Shaheed, the UN special rapporteur for human rights in Iran, pointed out in his most recent reports that in 2015, nearly 1,000 people were put to death in Iranian jails. This represents the worst period of executions in 27 years, according to Dr. Shaheed.  Even after the implementation of the Iranian Nuclear Deal, and while  some European politicians insist on calling the Rouhani administration moderate, Iran is a nation that executes more people per capita than any other.  As a matter of fact, statistics show that President Rouhani has overseen a total of approximately 2,500 executions during his three years in office. Astonishingly, 73 people were hanged in May, under Rouhani’s purview.  Victims of Iranian these hangings include political prisoners convicted of “crimes” like “enmity against God”, which may consist of nothing more than donating money to media outlets linked to the opposition PMOI, or otherwise speaking out against the regime’s abuses.  The brutal spectacle of public hangings, displayed to crowds that include young children, are ways in which the Iranian regime maintains its commitment to medieval values.

Western observers believe Rouhani’s regime to be a potential source of internal reforms in the months and years to come, and praise Tehran’s “moderation”.  However, repressive measures against women and religious minorities has increased, and Iran leads the world in executions of juvenile offenders. Punishments for those allowed to keep their lives, may be excessively long prison sentences or forms of shocking violence.  Fundamentalist leadership continues to cling to the literal doctrine of “an eye for an eye”, and has very recently carried out punishments that involve blinding prisoners or removing their limbs, according to the last report from Amnesty International.  Flogging are eagerly meted out by Iran’s revolutionary courts, and have become a popular way of “correcting” the behavior, particularly for women. The UN High Commissioner for Human Rights recently condemned “the outrageous flogging of up to 35 young men and women in Iran” who had attended a graduation party.  They were subjected to 99 lashes each, for removing headscarves and dancing with the opposite gender.

“For those who have been waiting for signs of reforms from inside the Iranian regime, surely that wait has gone on long enough. Former claims of moderation have been thoroughly contradicted in both word and deed by the regime in general, and by the Rouhani administration in particular. The laws leading to the above-mentioned executions and physical violence have all been eagerly embraced by the Iranian president, who has described them as ‘the law of God’ and ‘the laws of the parliament, which belongs to the people’.” declared Deprez.

The Iranian parliament really just the ruling theocracy. Political victories for Rouhani’s faction are really just victories of one hardline wing over another. The Iranian people never had any opportunity to weigh in on the future of the country, as all the genuine reformists were ousted from the race. Even worse, many opponents of repressive theocracy and fundamentalism left the country years ago.

On 9 July, “Free Iran”, will be held in Paris.  This major gathering of Iranians and their international supporters, will include hundreds of senior political dignitaries, parliamentarians, human rights and women’s rights activists, as well as religious leaders from the United States, Europe, and Islamic countries, all coming together under the leadership of Maryam Rajavi, to emphasize the cause for democracy and freedom in Iran, and to support  the Iranian people’s aspiration for democratic change.

Deprez went on to say, “Our message is that the Iranian people cannot afford European and American policies that continue to avoid putting pressure on the regime over the human rights situation. No amount of economic growth or trade with Iran can make up for the pain and loss of life that will persist if the regime is allowed to commit its newfound wealth to the same old human rights abuses.”

Reuters: Spain said on Monday it had dismantled a...

New York Times: A new report from the Central...