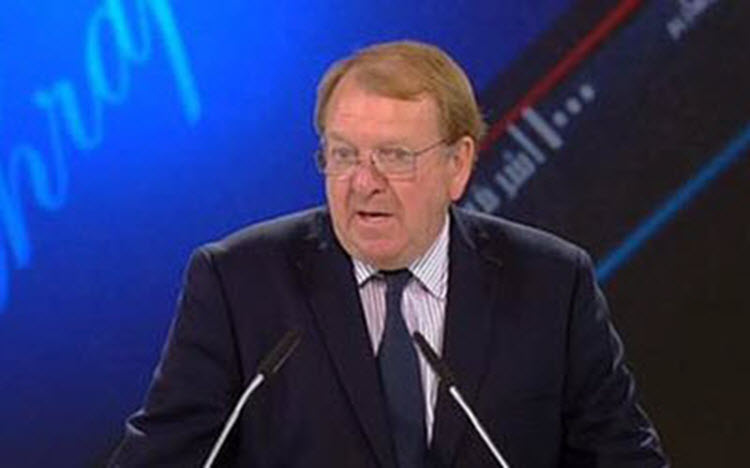 Mr. Stevenson has participated in many of the annual “Free Iran” rallies, such as the one being held on 9th July 2016 in Paris, and is overwhelmed by the support he sees each year.   People come from all across the globe to show their support for the opposition movement that promises to restore peace, justice, democracy, human rights, women’s rights, an end to the death penalty and the abolition of nuclear weapons to this nation.

Former New York Mayor Rudy Giuliani, one of many prominent and internationally renowned figures who address the annual NCRI gathering in Paris, said participation in these gatherings is greater than the combined number of participants at both the Republican and the Democratic National Conventions.

“Last year there were in excess of 100,000 people, most of them from the worldwide Iranian diaspora. Almost every single one of these people will have extended families inside Iran, meaning that potential support for the Iranian opposition is colossal, numbering millions. This gives the lie to those who contend that the Opposition has little or no support inside the country” Mr. Stevenson declared.

Although support for the PMOI/MEK inside Iran may lead to arrest, torture and possibly execution, still an active network of PMOI members and supporters continue to keep the West informed of the activities of Iran’s Islamic Revolutionary Guards Corps (IRGC) and the Qods Force.  The PMOI envisions a democracy, a peaceful way to move forward for Iran.

Mr. Stevenson did an interview with the website of the Foreign Affairs Committee of the National Council of Resistance of Iran (NCRI) regarding his thoughts on the future of Iran and the importance of the “Free Iran” rally, to be held in Paris on July 9th.