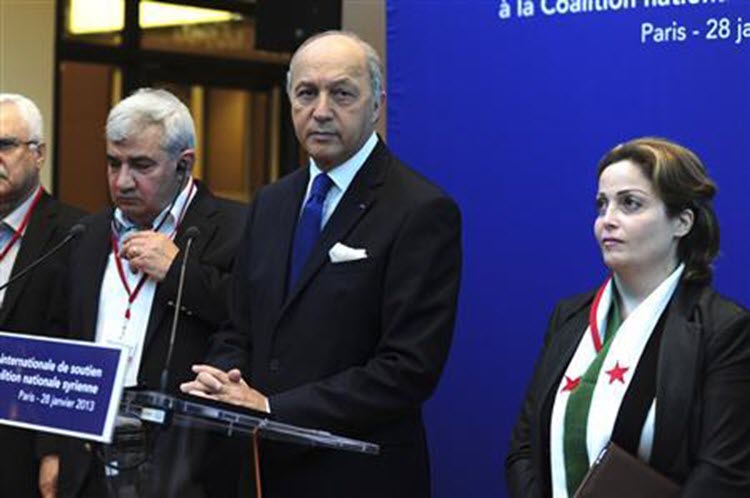 London, 11 Aug – A leading Syrian opposition official has stated that the key to ending the Syrian crisis is evicting Iran.

Suheir Atassi, a member of the High Negotiations Committee of the Syrian opposition, said that the civil war in Syria and the human loss, as a result, would not have continued if it wasn’t for the Iranian regime’s support of Syrian dictator Bashar al-Assad, and their besiegement of Aleppo and Daraya.

Atassi wrote in an op-ed in France’s Le Monde, on Wednesday, August 10, that Iran had subverted peace talks in Geneva and Vienna, earlier in 2016, preventing the establishment of a transitional government for Syria.

She said that Iran’s refusal to cooperate with the international community on peace in Syria or fighting the terrorist group ISIS merely destabilises the middle east and contributes to terrorism around the world.

Atassi argued that this is part of their plan to create “an axis joining the Shia extremists stretching from Tehran to Sanaa, via Baghdad, Damascus, and Beirut.”

Her proof for this comes from comments made by Iran’s Supreme Leader, Ali Khamenei, who has previously described a democratic Syria as “worse than if we lose an [Iranian] province”.

Khamenei has also said: “If we don’t fight in Damascus and Aleppo, tomorrow we will have to fight in Tehran.”

The Syrian opposition criticized the appeasement policy of Western governments with regards to the Iranian regime’s crimes in Syria.

This has caused Syrian and Iranian dissidents to unite to fight the dual dictators.

On June 11, representatives from the Syrian democratic opposition coalition met with Maryam Rajavi and other senior officials of the National Council of Resistance of Iran (NCRI) to seal this “sacred union” at the NCRI headquarters in France.

Atassi said: “Our common goal is to oust Assad and the Iranian regime from Syria.”

Syrian opposition forces also showed their support at the Free Iran rally in Paris on July 9.

Atassi said: “This show of force was that of the future forces in that region. It was an opportunity to say out loud that as long as we do not oppose the Iranian regime, we cannot eradicate the terrorism crisis in the Middle East and Europe. Because the Velayat-e Faqih (mullahs’) regime and ISIS, like Assad, are two sides of the same coin, the dark forces who are condemned to the past.”

AP: Iran's Foreign Ministry says it is hopeful the...