Iran’s crackdown on “freedom and having fun” 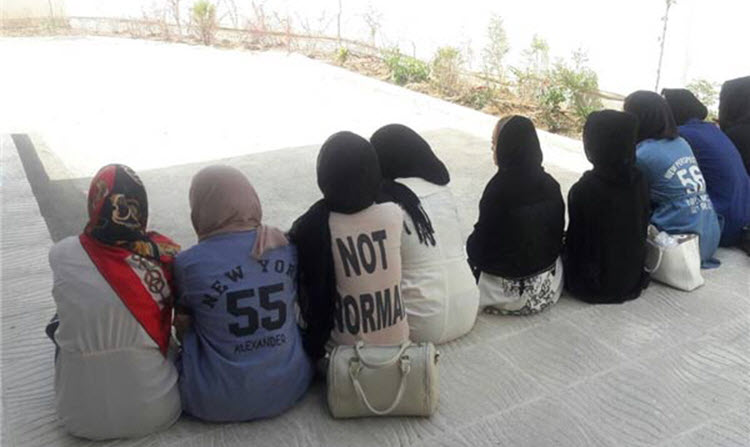 London, 20 Aug – A crackdown by the Iranian regime on mixed-gender socialising has been underway since the spring.

The regime’s Prosecutor declared that the Judiciary would not tolerate the actions of “law-breakers who use excuses such as freedom and having fun at birthday and graduation parties.”

In Shiraz, southern Iran, 63 young men and women were arrested in raids on two separate birthday parties.Colonel Yousef Malek-Zadeh, Commander of the State Security Forces, said the young people had been “sent before the judiciary.” He told the Tasnim news agency on August 19 that police monitoring had been “stepped up” with the arrival of summer.

In Amol, northern Iran, 20 university students were arrested for attending a mixed-gender party, the Prosecutor-General, Ali Talebi, announced on August 19. They too were “handed over to the local judiciary for prosecution,” he told the state-run Entekhab website, adding, “We will deal with anyone in this city who disturbs public order.”

On August 16, the Fars news agency reported the arrest of more than 60 boys and girls for attending a mixed-gender party in Tehran’s Sorkheh Hesar National Park. The raid was carried out by the IRGC’s para-military Bassij force with a warrant signed by Tehran’s Deputy Prosecutor.

Last month, the regime arrested 150 boys and girls for attending a mixed-gender birthday party near Tehran, Colonel Mohsen Khancherli, Police Commander for the west of Tehran Province, told the Tasnim news agencyon July 25. The youngsters were “sent before the judiciary.”

Khancherli said that “police surveillance” would be “stepped up.”

The Tasnim news agency carried news days earlier that more than 50 youngsters were arrested at a party in Davamand, east of Tehran. Like the raid in Tehran’s Sorkheh Hesar National Park, the security forces had monitored social media beforehand.

Tasnim quoted Mojtaba Vahedi, the Head of the Judiciary in Damavand, as saying,”Families must be more vigilant regarding their children to make sure they do not end up in such circumstances.”

Some 35 young men and women were flogged in May for socialising together at a graduation party near Qazvin, the city’s Prosecutor told the Mizan news agency.

Ismaeil Sadeqi Niaraki said that the following morning each youngster received 99 lashes from the ‘Morality Police.’ He said, “Thank God that the investigation, court hearing, verdict and implementation of the punishment all took place in less than 24 hours.”

Commenting on the crackdown, Shahin Gobadi of the Foreign Affairs Committee of the National Council of Resistance of Iran (NCRI) said:

“The clerical regime has never been so isolated at home and loathed by the Iranian people, in particular by youth and women. As such, it is resorting to more and more repressive measures to confront this growing trend. This once again proves that the notion of moderation under Hassan Rouhani is a total myth. But it also indicates the vulnerable state of a regime that cannot even tolerate the private festivities of the people, particularly the young. It is becoming more evident that the mullahs are totally paranoid of any social gathering for fear of a popular uprising.”