Iran will Amputate Fingers as Punishment for Stealing 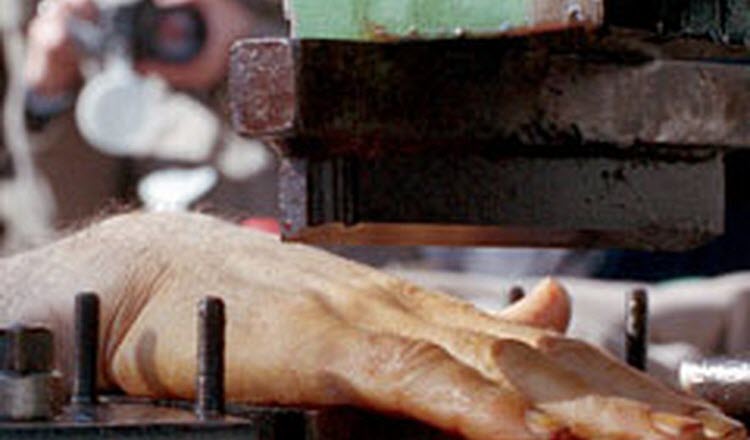 London, 26 Aug – According to an article published August 25, by the National Council of Resistance of Iran (NCRI), the judiciary chief of Tehran’s districts 16 and 17, Sadeq Rezvani, told the Mizan Online News Agency on Tuesday that several prisoners who have been accused of stealing will have their fingers amputated.  He said that several prisoners, all caught stealing in Tehran in the past five months, have been sentenced to have four of their fingers chopped off. Their cases are currently pending an appeal.

In the city of Mashhad, north-east Iran, on May 9, 2016, the regime amputated the fingers of a man in his thirties.  The draconian punishment took place at the Central Prison of Mashhad.

He was identified only by the initials M. T., by the state-run Khorasan newspaper, which also added that he was 39 years old.

The prisoner was accused of theft, and wasalready serving a 3-year jail sentence, which was upheld by the regime’s Court of Appeal.  The regime’s prosecutor in Mashhad, Gholamali Sadeqi, made this mystifying statement, “One of the most important policies in the current year is confronting criminals and carrying out sentences precisely and decisively.”

Ms. Farideh Karimi, a member of the National Council of Resistance of Iran (NCRI) and a human rights activist, commented on the amputation, saying that such acts “point to the barbarity of the mullahs’ regime which has unfortunately become more worrisome due to the international community’s inaction.” She added, “It is now incumbent upon [the UN Special Rapporteur of the human rights situation in Iran] Mr. Ahmed Shaheed to urgently take necessary and effective action to halt the wave of executions and medieval tortures.”

Head of Iran’s Social Workers Association: “We Are the Second Saddest Country in the World…”

By Jubin Katiraie Iranian dictatorship is being put under...