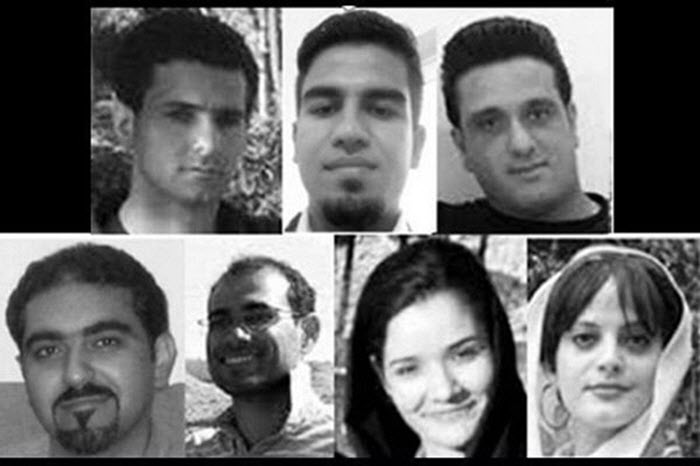 London, 20 Sep – It’s now more than 60 days since a group of eight environmental activists were imprisoned. They’ve been subjected to severe interrogations, and five of them are being kept in solitary confinement. They have not been allowed a lawyer. This news has come to us via websites and social networks.

The activists are under pressure to “make a commitment in exchange for their freedom.” Their interrogations are being conducted while they are blindfolded and facing a wall, according to a source whose name has not been revealed.

On Saturday, July 16, 2016, Shiraz Intelligence agents arrested six environmental activists named Yekta Fahandaj Sa’adi, Nushin Zenhari, Behnam Azizpoor, Saeid Hasani, Ramin Shirvani and Esmaeil Roosta while they were at a friend’s home, talking about environmental issues. They were transferred to Shiraz Intelligence Detention Center known as No. 100. On Sunday, July 17, two Baha’i citizens named Nabil Tahzib and Naeim Ghaned Sharafi were also arrested in connection with the same case. The detainees had attempted to clean up the natural areas around Shiraz during the holidays.

Three of the detainees were released. Naeim Ghaned Sharafi, on July 18, one day after being arrested, Nooshin Zenhari and Ramin Shirvani, on August 13 and August 21, respectively, on bails of 200 million Tomans. The fate of the rest is still uncertain, as no detailed information is available on their case or charges.

Yekta Fahandaj Sa’adi, a Baha’i citizen, has also been arrested and interrogated twice before, in January 2012 and February 2014, and was released on a bail of 200 million Tomans. The week before her third arrest, she was sentenced to five years in prison for acting against national security and propaganda against the system.

Following the arrest of the activists, the intelligence agents went to their homes, and inspected and confiscated the their belongings, including hard disks, tablets, cell phones and their vehicles.

The detainees are not allowed to make phone calls or to meet with their families or lawyers, or sign over a power of attorney. This, despite their families’ efforts to hire a lawyer. Additionally, the families of the detainees have been threatened by Shiraz Intelligence Office to not report on the status of their children, and asked not to reveal any other information.

New York Times: Britain will push for a worldwide...