Iran: A major defeat for the mullahs 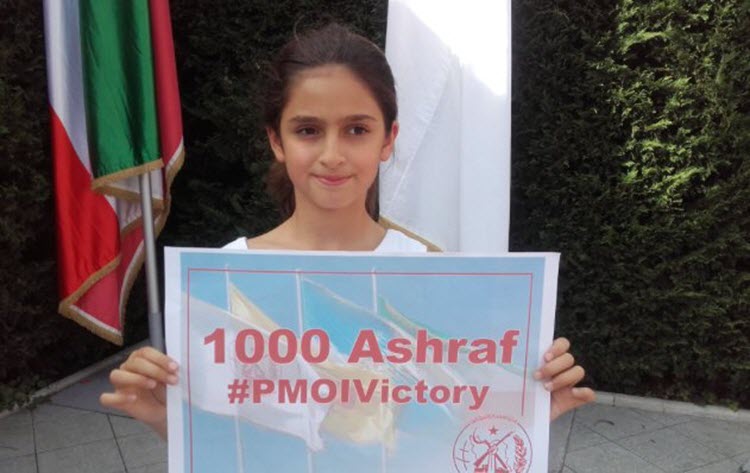 London, 19 Sep – Earlier this month, the last 280 members of an Iranian opposition group were moved from Camp Liberty, Iraq to safety in Europe; a triumphant day for all involved.

Members of the People’s Mojahedin Organization of Iran (PMOI or MEK) had been stuck in Camp Liberty for the past 14 years, since the beginning of the Iraq War.

Their safe relocation to Albania has been celebrated by politicians and dignitaries from across the world; many congratulating Maryam Rajavi, the president-elect of the Iranian resistance.

Struan Stevenson former member of the European Parliament and President of the European Iraqi Freedom Association (EIFA) said: “The victorious transfer of the residents and the regime’s ultimate major defeat in this regard, opens a new chapter for the Iranian people and its Resistance. Now that the main organized democratic opposition is safely out of Iraq, we need to focus on the human rights situation, the end of executions and a democratic change; a free Iran”.

Alejo Vidal-Quadras former VP of the European Parliament and president of International Committee In Search of Justice (ISJ) said: “This is a major defeat for the mullahs and the final failure of its repeated criminal attempts to massacre all the residents in Camp Liberty. It is also a historic victory for the Iranian resistance and the Iranian people and all supporters of democracy and freedom in Iran.”

The PMOI surrendered their weapons in 2002, in order for the world to stop viewing them as terrorists, a myth perpetrated by the Iranian Regime.

However, this led them to be unable to fight back against the Iranian Regime’s constant attacks which killed 141 unarmed political refugees, who were supposedly given protected status by the UN and injured 1,000 more.

The refugees were routinely denied access to food, medical supplies and clean water by Regime agents.

US Senator John McCain said: “I continue to stand with the people of Iran and the Iranian-American community who yearn for a free Iran. The safe resettlement of these Iranian dissidents is a vital step in countering the Iranian regime’s malign influence in the region.”

Congresswoman Ileana Ros-Lehtinen tweeted: “Glad to hear the good news that all MEK residents from Camp Liberty have been transferred safely to out of Iraq and away from Iranian threats.”

A spokesperson for UN Secretary-General Ban Ki-moon issued a statement thanking member states and international organizations for “the successful resolution of this humanitarian issue.”

Reuters: Iran has launched a second batch of centrifuges...