The 1988 massacre of political prisoners in Iran, a crime against humanity and a genocide 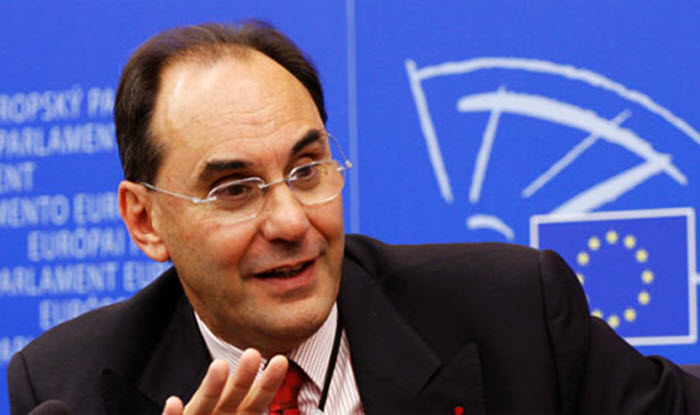 London, 22 Sep – A former vice-president of the European Parliament called for a full investigation into the 1988 Iranian massacre and its referral to the UN Security Council.

Alejo Vidal-Quadras, who was vice-president for 15 years, made this speech at UN Premises in Geneva on September 21,

Vidal-Quadras is a founding member of the International Committee In Search of Justice (ISJ), the group which produced a report into the audio files leaked last month of a Tehranian Death Committee meeting from 1988.

In the tape, Ayatollah Montazeri can be heard pleading with the members of the commission to end the killings or risk going down in history as “bloodthirsty” criminals.

He said: “This audio tape is an important document and evidence of a crime against humanity in 1988 when more than 30,000 political prisoners, mostly affiliated to the main opposition PMOI, were executed by the order and fatwa of Khomeini. They were buried in mass graves and their families were unable to grief for their loved ones.”

Of those four men, apart from Montazeri, three still hold high-ranking positions in the Iranian Regime including Justice Minister Mostafa Pourmohammadi who recently told the world that he was proud of his role in the massacre.

He states that this massacre is ongoing, given that 3,000 prisoners mostly political opponents have been executed in Rouhani’s three-year reign.

He said: “The 1988 massacre of political prisoners in Iran is an example of both a crime against humanity and a genocide. Based on international conventions, neither crime against humanity nor genocide are expired with the passage of time. Therefore, we have called for the 1988 massacre to be on the agenda of the current Human Rights Council. The UN High Commissioner for Human Rights must issue a call for an investigation in this regard.”

He pleaded with Western governments to condition their relationship with Iran on an improvement to human rights and a halt of executions.

The full text of this speech is available on the National Council of Resistance of Iran’s website.

A look at the international coverage of the Iran unrest – Monday