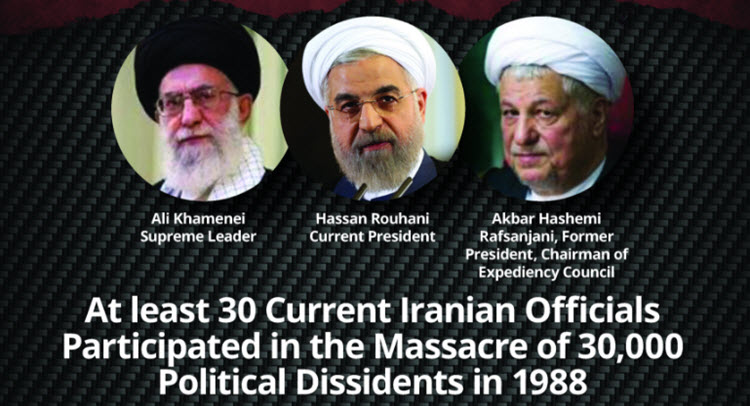 Washington, 29 Sep – A leading Iranian-American political scientist has written an op-ed for The World Post regarding the resolution by the US Congress to condemn the 1988 Iranian massacre of 30,000 political prisoners and call for justice.

It states that the prisoners, including teenagers and pregnant women, were subjected to kangaroo court trials consisting of five questions at most; anyone who did not fully renounce their political beliefs, in a way that the mullahs liked, was killed and their bodies dumped in mass graves.

It goes on to say that those responsible for the 1988 massacre are still in power today.

Rafizadeh wrote: “What is crucial to point out is that realistically speaking, these people are only a few of those who were involved in such large-scale crimes against humanity. They have been awarded more senior positions, power, and money.”

Amnesty International said: “There should be no impunity for human rights violations, no matter where or when they took place. The 1988 executions should be subject to an independent impartial investigation, and all those responsible should be brought to justice, and receive appropriate penalties.’’

On the tape, former second-in-command Hossein Ali Montazeri, told the Death Commission: You will be in the future etched in the annals of history as criminals. The greatest crime committed under the Islamic Republic, from the beginning of the Revolution until now, which will be condemned by history, is this crime [was] committed by you.”

Indeed, following that audio leak, Justice Minister Mostafa Pourmohammadi declared he was proud of his role in the massacre.

The introduction of the bipartisan resolution coincided with the appearance by Iranian President Hassan Rouhani at the United Nations General Assembly.

There has been a consistent myth of moderation surrounding Rouhani but ultimately, he has overseen the executions of around 3,000 people in his three-year reign and his country holds the highest execution rate per capita.

Demonstrators gathered outside the UNGA in New York to protest Iran’s human rights abuses including the 1988 massacre; Senator Joe Lieberman and Sir Geoffrey Robertson, who recently published a report into the 1988 massacre spoke at the rally.

Rafizadeh wrote that Congress must condemn the Iranian Regime for the 1988 massacre and for attempting to cover up the massacre, urge their allies to do the same and urge the UN to investigate the massacre and identify those involved to achieve justice for the victims.

Irans Larijani, EUs Solana to meet on May 31