IRAN: Prudent Use of Death Penalty Necessary, according to Justice Minister 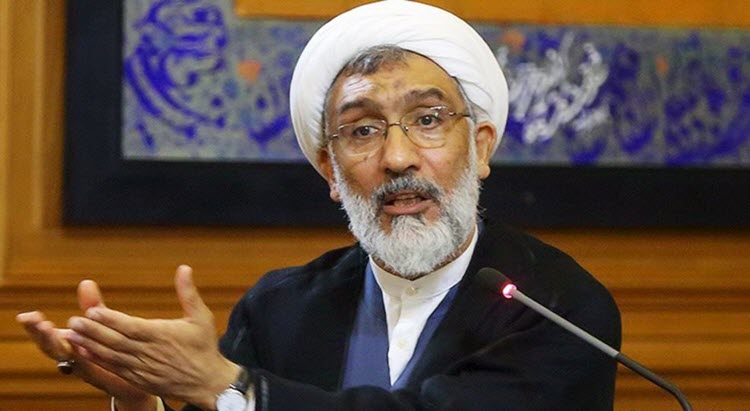 London, 5 October – On October 3, the National Council of Resistance of Iran (NCRI) reported on comments made by the Iranian regime’s Justice Minister, Mostafa Pour-Mohammad, regarding abolishing death penalty for drug traffickers in Iran.  He said, “One of the punishments for a corrupt person is execution.”  The Justice Minister was allegedly a member of the Death Committee responsible for the 1988 massacre of tens of thousands of political prisoners in Iran.

Pour-Mohammadi expressed in an interview with the state news agency IRNA on September 30, that he doesn’t believe that the death penalty can be ruled out, saying, “There are cases in which someone is a source of corruption and his existence will bring about nothing but corruption.”

Reacting to the rising numbers of executions in Iran, Pour-Mohammadi pointed out, “the type of punishment in any situation should be proportionate to its effect. Scholars, jurists, experts, psychologists and criminologists should join hands to determine what kind of punishment will be the most effective.”

Sadeq Larijani, the Chief Justice of the Iranian regime, has stated  that it is not the Judiciary’s policy to eliminate executions for drug smugglers, “When did we have such an inclination? … This claim that executions were not useful is irrelevant. I urge all prosecutors across the country not to delay the implementation of the verdicts, and carry them out once they are issued. We are not allowed to delay carrying out the verdicts for three years and let the criminals begin praying in prison and then argue that since they pray we should cancel their executions. We cannot do away with executions in general because it undermines the judiciary’s deterrence.”

Executions are a means for establishing security in society, claimed the Chief Justice. He stressed, “One of the reasons for the effectiveness of these punishments is their prompt, expeditious and decisive implementation. It is against the interests of society and the Judiciary to prolong the prosecution process.” He criticized “giving opportunity during the prosecution” to those accused of drug smuggling and said, “The prosecutor offices must establish security on all levels and take this task seriously.”

Bloomberg: Rice exporters from India, the biggest supplier to...

Iran to use advance weapons in near future  military chief