United Nations: under Rouhani, “a new wave of oppression” 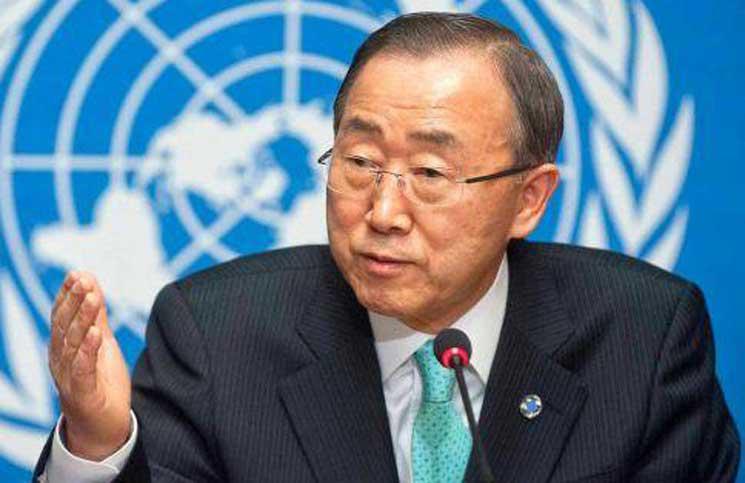 London, 5 October – The Media Express, an online news site devoted to Middle Eastern events, reported Tuesday on the United Nations Secretary-General’s report to the General Assembly on the human rights situation of Iran.

An across-the-board assessment of the state of human rights in Iran, the report concludes that a “new wave of oppression” is taking place under the supposedly moderate President, Hassan Rouhani.

The violations confound the hopes of those who had championed the 2015 nuclear deal between the West and Iran. Last year, “At least 966 people were reportedly executed,” and “During the first half of 2016, at least 200 people” were put to death by the state, the UN said. Iran has “the world’s highest death penalty per capita.”

Moreover, “Executions are often carried out following trials that fall short of the international fair trial standards guaranteed in article 14 of the Covenant, to which the Islamic Republic of Iran is a State party.”

The UN report concluded that the regime in Iran commonly uses public executions, flogging and mutilation of supposed offenders.

It continued, “There are also concerns about the recruitment and deployment of Afghan refugees and migrants, including minors, by Iranian authorities to fight in the Syrian Arab Republic.” More generally, the UN criticizes Iran’s treatment of refugees, in spite of being a signatory to international agreements, in terms of the withholding of medical care, forced deportation and other forms of mistreatment.

Iran has yet to ratify the Convention on the Elimination of All Forms of Discrimination against Women, and “the Islamic Republic of Iran has made little progress towards gender equality,” the UN says. Worse, there has been, the news site reported, a “crackdown” on women activists.

The UN reported that Iran has experienced “far more erosion of freedom of expression and opinion.”

The UN Special Rapporteur on the situation of human rights has not been allowed access to the country, and the report urged Iran to institute a moratorium on the use of the death penalty, cease restricting civil society actors from working in safety, promote the well-being of ethnic and religious minorities, and join international human rights protocols.

The Media Express commented, “The recent wave of oppression in Iran has been seen by some analysts as a sign of its inherent weakness as it faces economic crises and internal ideological divisions. While the human rights situation in Iran is bleak, many hope that Iran is on the verge of a tipping point where the status quo becomes impossible to sustain.”

Argentine president defends accord with Iran over bombing