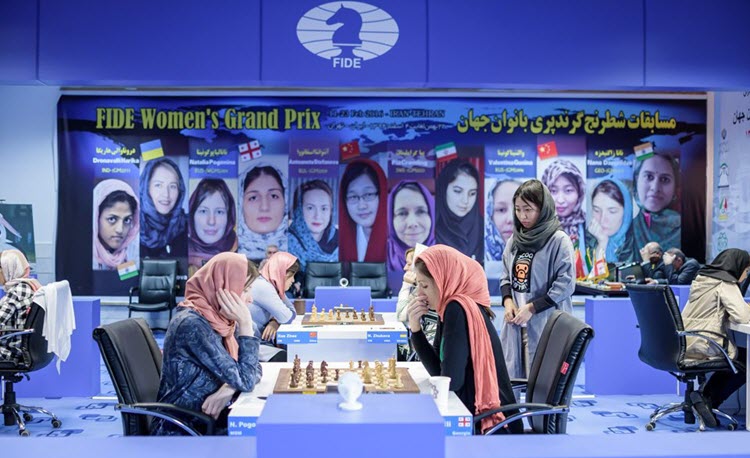 London, 5 October – A prominent Iranian women’s group has condemned the decision to hold the Women’s World Chess Championship in Iran.

The Women’s Committee of the National Council of Resistance of Iran (NCRI) has urged the World Chess Federation (FIDE) to change the decision because of Iran’s despicable treatment of women. They state that by awarding the championship to Iran, the FIDE is supporting the oppression of Iranian women.

Under the Iranian Regime, women and girls are barred from entering sports stadiums, are subject to bizarre clothing restrictions and are considered second-class citizens.

They warn that not only will Iranian women be subject to the “modesty” regulations imposed by misogynist fundamentalists, other competitors will also be forced to wear the hijab.

The NCRI Women’s Committee urges female chess players to protest the decision and boycott the tournament as other high profile chess players have done, in order to oppose the Regime’s medieval treatment of women.

The Committee’s statement read: “The ruling misogynist fundamentalists in Iran must never enjoy any opportunity to legitimize themselves since they take advantage of gender apartheid to suppress the crisis-riddled society in Iran and have a shameful, bloody record in clamping down on women.”

It continued: “Instead, the regime must be asked to pledge to observe the most basic rights of the people of Iran, and particularly women, as a first step and the first condition for any engagement with other countries. “