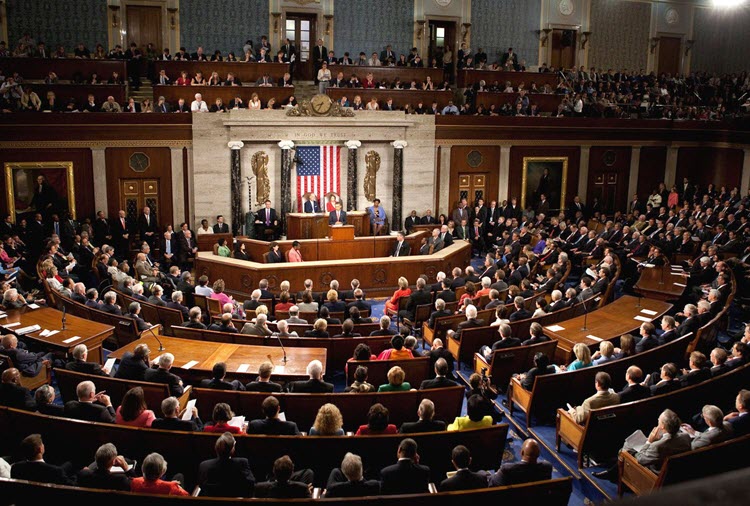 London, 18 Nov – Earlier this week, American lawmakers voted overwhelmingly to pass bills designed to renew sanctions on the Iranian Regime for their many human rights abuses.

The sanctions, which will last for another decade, was passed with a 419 to one vote. It is an extension of the Iran Sanctions Act, designed to punish investments in the Iranian energy industry and deter the Iranian Regime’s pursuit of nuclear weapons.

The only vote against the bill was Rep. Thomas Massie, R-Ky.

The Senate will vote on the sanctions renewal later this month, before adjourning in December. Upon passing the senate, the bill will be sent to the White House where President Barack Obama is expected to sign it into law, in one of his final acts as US President.

Senate Majority Leader Mitch McConnell said: “We’re going to take up the House bill… And we’re going to pass it.”

The House also passed a bill to sanction the Syrian government and its supporters including Russia and the Iranian regime, for war crimes and crimes against humanity.

The current Iranian sanctions are due to expire at the end of 2016. American lawmakers want an extension of the act to ensure that the US is able to respond quickly to any violations of 2015’s nuclear deal.

House Majority Leader Kevin McCarthy, R-Calif., said: “The nuclear deal has provided cover for Iran. They are exerting more and more control in Iraq, sending arms to rebels in Yemen, and continue to support terrorist groups like Hezbollah that antagonize Israel.”

Representative Eliot Engel, the top Democrat on the House Foreign Affairs Committee and a sponsor of the bill, said: “Even after a hard-fought election here at home and power changing hands, American leadership on the global stage won’t falter.”

Republican Representative Ed Royce, chairman of the Foreign Affairs Committee and the bill’s lead sponsor, said “[The ISA’s] expiration would compound the damage done by the president’s dangerous nuclear deal and send a message that the United States will no longer oppose the destructive role of Iran in the Middle East.”

The Times: Tony Blair was so committed to overthrowing...