Letter from Political Prisoner Regarding Charter of Citizens Rights 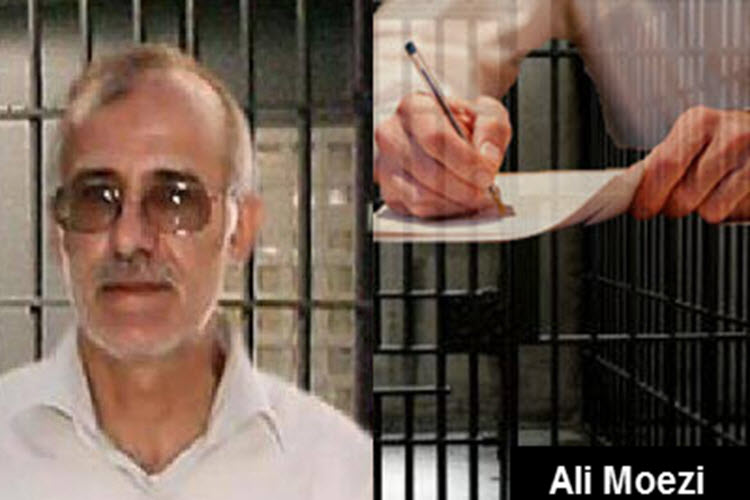 London, 27 Dec – Ali Mo’ezi, a political prisoner in Iran, wrote about Hassan Rouhani’s statements in the “Charter of Citizens Rights”, in a letter from prison, dated December 23. “The President of executions, Rouhani, has announced the Citizens Rights on paper in the framework of Velyat-e Faqih (Supreme Leader’s) absolute dictatorship,” he said.

The National Council of Resistance of Iran (NCRI) reports that he continues, “Yes, we all know there is something called ‘The Citizens’ Rights’, but it has nothing to do with the mullahs’ regime. When Iranian people are denied their most basic and fundamental right of popular sovereignty and self-determination (to determine their own fate), the Citizens Rights is based on what ground and where does it go? It is like when you don’t have water but lecture about observing hygiene and cleanness.”

Indeed, those prisoners whose situation is not addressed find no way to seek justice but to inevitably go on hunger strike and pay the price by their lives.

“In this same Gohardasht prison, my brave child, Saeed Shirzad, who has sewed his lips for days and staged hunger strike, is dying down and melting in front of our eyes. His demands are mostly for the officials to observe and respect the same prison regulations and rules. He has been in limbo for three years and his fate is still undecided, but at the same time they were even unwilling to receive his letter of (official) hunger strike for several days.

“Or Arash Sadeghi in Evin prison, who is protesting the unjust and cruel sentences issued by the regime’s kangaroo court and after 60 days of hunger strike is grappling with painful death, and also Morteza Morad-Pur in Tabriz prison where his family and relatives’ protest against mistreatment is responded by suppression.

“But, you who don’t understand the language of law and are not afraid of God, what language is it that you understand? Do you think there are still audiences left for you so that you with obscenity and deception and for election purposes speak of the Citizenship Rights? You are wrong that there is an election and people are going to vote for you. You will not be spared and will not survive in this abyss.

“You have to think about the burial of the entire Velayat-e Faqih regime.”