Woman in Iran sentenced to be blinded by acid 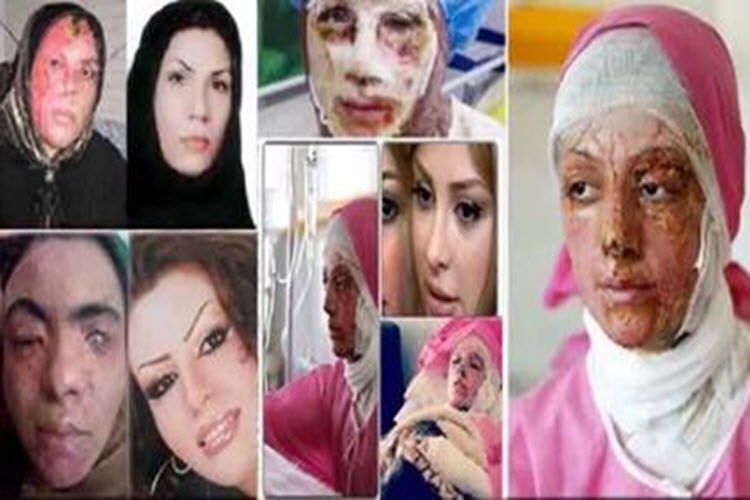 London, 3 Feb – The Supreme Court of Iran has once again ruled for an inappropriate punishment that is more suited to medieval rather than present times.

It has ruled that a woman has to be blinded in one eye after she attacked another person with acid, leaving her without sight.

The unidentified women was said to have thrown acid on the victim, named Sima, in the city of Dehdasht two years ago. Tasnim news agency reported that the attacker was found guilty.

Majid Karami, the head of judiciary in the province of Kohgiluyeh, said: “The sentence to blindness in one eye, payment of blood money (compensation), and seven years imprisonment have been confirmed by the highest court.”

Iranian officials, concerned about the increase in the rate of acid attacks, have endorsed retribution.

Some activists in Iran called on the victim’s family to show mercy on the convicted woman and to pardon her.

The Iranian Guards (IRGC) are strong believers in the “eye for an eye” principle of Sharia Islamic law.

Gesas (meaning ‘retribution’) has been used in Iran since the 1979 Islamic revolution in cases where bodily harm has taken place.

Acid attacks are on the rise in Iran and the regime officials have allowed and encouraged retribution.

Human rights organisation Amnesty International has called on Iran to cancel the punishment.

In November last year, Amnesty International drew attention to the case of a man in Tehran who was forcibly blinded in both his eyes as punishment for carrying out an acid attack in June 2009 and blinding a four year-old girl in the process.

There have been numerous other cases of acid attacks in the country. An Iranian woman was blinded in 2011 by a man who was pursuing her for marriage. As surgeons were preparing to blind him with acid after the court agreed retribution was a suitable punishment, the victim spared him.

The “eye for eye” punishment is also valid for other types of crime in Iran. For example, the family of a murder victim can ask for the death of a convicted murderer. The family could also request financial compensation to cancel the prison sentence.

Reuters: Afghanistan has protested to neighbouring Iran over the...

Ahmadinejad attacks UN as Iran is sent to Security Council