Iran: What way will Trump’s administration deal with the aggressive regime? 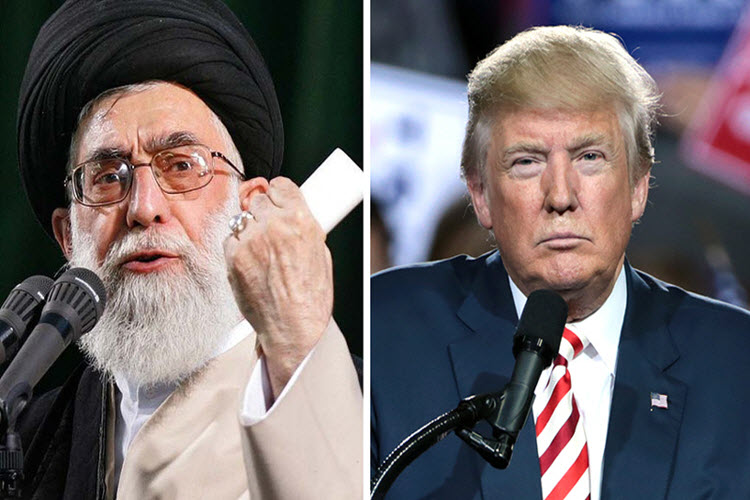 London, 4 Feb – On Thursday, President Trump confirmed that Iran was formally “on notice” after it test-fired a ballistic missile. He also said that “nothing is off the table” regarding US dealings with Iran, leading some to speculate that this may mean a military option is possible.

The President tweeted about his thoughts regarding the Iran nuclear deal. He said: “Iran has been formally PUT ON NOTICE for firing a ballistic missile. Should have been thankful for the terrible deal the U.S. made with them!”

He also said: “Iran was on its last legs and ready to collapse until the U.S. came along and gave it a life-line in the form of the Iran Deal: $150 billion”

His national security adviser, Michael Flynn, said on Thursday that Iran’s missile launch was yet another incident in which Iran has threatened not just the US, but also its regional allies, in the past few months.

Flynn said that the nuclear deal was “ineffective” and “weak” and this has permitted the leaders in Iran to become more emboldened than ever. He also criticised the other nations that are party to the agreement for not taking action against Iran and its aggressive behaviour.

Speaking about former President Obama, Flynn said that too much leniency has been given to Iran.

A political science professor at the University of Pennsylvania, Ian Lustick, warned that the US needs to be careful in its dealings with Iran. For example, it is possible that Iran could change the situation of the 6,000 American soldiers that are currently in Iraq.

He said: “The majority of the population in Iraq is Shia, and sympathetic in one way or another to Iran. There are very large and powerful militias in Iraq that are commanded by and trained by the Iranians. Those are some of the best fighting units that have had success against ISIS.”

Other experts also suggest that Iran should proceed with caution. Trump’s warning to Iran are similar to those of former President George W. Bush. Obama’s “cerebral” approach could not have been more different.

An international relations professor at the Royal Military College of Canada, Houchang Hassan-Yar, said: “Given Trump’s unpredictability and the fact that his national security and military advisers have written extensively about Iran as a regional threat to U.S. interests and those of U.S. allies, Iranian rulers would be well advised to think carefully about their next steps.”

United Against Nuclear Iran (UANI) is a US advocacy group that has advised its contacts not to negotiate any business deals with Iran. The President of the group, David Ibsen, said that people want to know if missile testing by Iran will cause more financial sanctions to be imposed on the country.

Mr Ibsen added: “They also ask, if a company has dual national citizens [in Iran], will they be kidnapped or held incommunicado by the Iranian regime? Will they be doing business with front entities for the regime or the Islamic Revolutionary Guard Corps? All these risks are very real, and companies have taken our warnings to heart.”

Execution Record Under Rouhani Demonstrates Meaninglessness of “Moderation” in Iran

On Tuesday, the organization Iran Human Rights published a...

AFP: Italy should use it's "good offices" with Iran,...