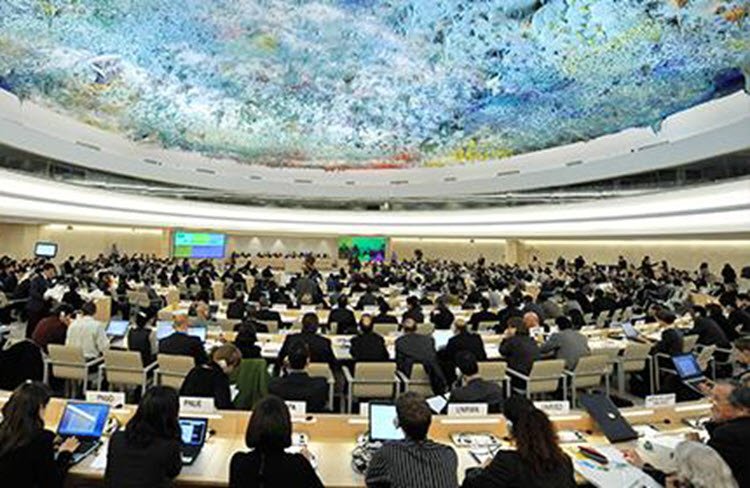 London, 1 Mar – Six human rights organisations have banded together to produce a joint statement condemning the 1988 Iranian massacre of 30,000 political prisoners and to call for the international community to hold those responsible for the massacre to account.

The Iranian Regime murdered en-masse tens of thousands of prisoners in just a few short months, but attempted to hide their crimes for almost three decades, claiming that the prisoners had died in a riot or battle with the Regime.

The statement read: “Based on [former supreme leader] Khomeini’s fatwa, committees, dubbed “Death Commissions” by prisoners, were created. Many of those executed in this wave of executions were prisoners who had been sentenced by the revolutionary courts to several years of imprisonment and were serving their sentences. Some had already completed their sentences, but had not been released or had been groundlessly imprisoned. Others had been released but were re-arrested and executed during the massacre.”

This charade was ruined when in August 2016, a tape of government officials meeting to discuss the massacre was leaked by Ahmad Montazeri, son of the late Grand Ayatollah Hossein-Ali Montazeri. Ahmad has since been sentenced to 21 years in prison for this.

The Regime conducted meaningless show trials in order to find the prisoners ‘guilty.

It read: “According to numerous reports the procedure of the death commissions was very simple. The first question was: ‘What is your political affiliation?’ Those who answered ‘Mojahedin’ were sent to the gallows. The ‘correct’ answer was ‘Monafeqin’ (hypocrites, the derogatory term used by Iranian authorities to describe the PMOI). According to Montazeri in some cities this response wasn’t enough and prisoners were tested to see if they would be willing to execute other PMOI members or give televised interviews condemning the group. A negative response meant execution.”

The Regime buried the prisoners in mass graves and refused to tell the families where their loved ones were buried.

The statement read: “Those executed in Tehran and other cities were buried in mass graves. Iran’s rulers have tried to wipe out all traces of the mass graves. At the end of 2008 and in early 2009, bulldozers flattened the site of mass graves in Khavaran Cemetery in east Tehran. In a statement on January 20, 2009, Amnesty International insisted these graveyards must be kept intact for investigations.”

All of this information is backed up in independent reports by the United Nations, Amnesty International, Human Rights Watch and many others.

The six human rights organisations who signed this statement recommended that the UN High Commissioner for Human Rights and the UN Human Rights Council appoint an international commission to investigate the massacre, that the Special Rapporteur on the human rights situation in Iran, Asma Jahangir, and the Special Rapporteur on the promotion of truth, Pablo de Greiff, conduct separate inquiries into the massacre.