Iran-Born Scientist on Food and Water Strike in Prison 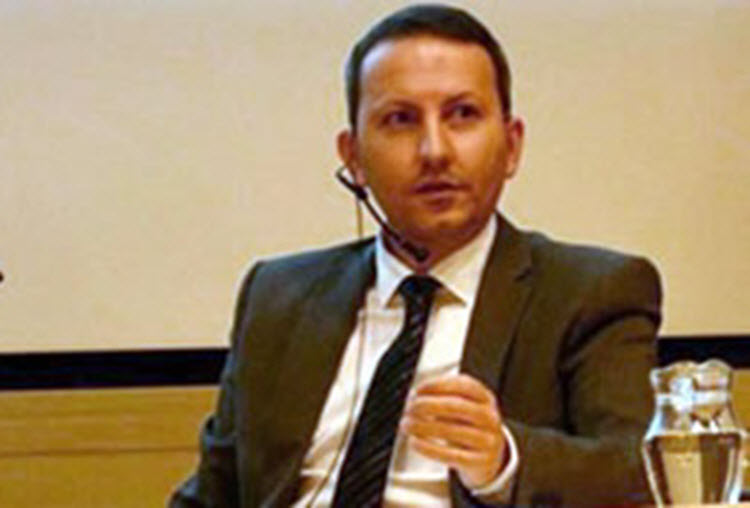 London, 5 Mar – Ahmadreza Jalali, an Iranian born doctor who has been living in Sweden, is protesting his imprisonment in Iran by refusing food and water.

He was detained in Iran in April last year while attending a conference, and has been held without charge since then. He was officially invited to Tehran University to speak about his work as a disaster medicine researcher.

His wife has written to officials in President Rouhani’s administration, but she has yet to receive a response. She also wrote to President Rouhani. She said: “For the sake of an innocent citizen behind bars, I asked him to look into the unjust treatment Ahmadreza has received and to investigate Judge (Abolghasem) Salavati’s death threats. I haven’t gotten a response yet. Is this justice? I also wrote to the judiciary’s Human Rights director Mohammad Javad Larijani and Foreign Minister Mohammad Javad Zarif. None of them have replied to me.”

Jalali was told by a judge that he would be sentenced to death and he has been refused access to his choice of lawyers.

His wife said that a well-regarded human rights lawyer, Mr. Mahmoud Alizadeh Tabatabaee, was not allowed to represent him.

He was then allowed another lawyer, Ms. Zeinab Taheri, but as the trial approaches, he has been denied access to her too.

She said: “Judge Salavati rejected Jalali’s lawyer and demanded that the lawyer be changed or a public defender would be imposed by the court. Jalali said he would not change his lawyer and that if his lawyer was not permitted to attend the trial, he would not show up in court either.”

She added: “What could all this mean other than the fact that Ahmadreza is innocent? They have nothing on him and they just want to take away his ability to defend himself in court.”

She said that he was left with no choice but to go on hunger strike so his voice would be heard.

Judge Salavati is known for ignoring arguments the defence makes in court and often gives into the prosecution – in particular during cases where the IRGC carried out the arrest.

Judge Salavati has also presided over many cases involving Iranians with dual nationality such as Amir Hekmati, Saeed Abedini, and Jason Rezaian – the prisoners who were released in a prisoner swap with the Unites States.

The same judge is also dealing with the cases of Iranian-American Siamak Namazi and his father Bagher Namazi, and the British-Iranian charity worker Nazanin Zaghari-Ratcliffe.

Ahmadreza’s wife said that they kept his detention secret for nine months because they thought he would be freed, as promised by authorities.